3 Hawkeyes to Compete This Winter 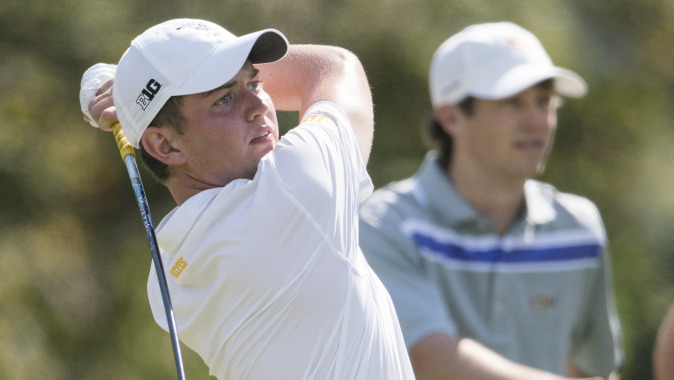 Walker, the first true freshman to compete in every fall tournament for the Hawkeyes since Cole Peevler in 2005, will represent the Black and Gold at the South Beach International Amateur in Miami, Florida. The first and second rounds of the four-day event, which began Dec. 20, are being played at the Miami Beach Golf Club and Normandy Shores Golf Club.

Schaake, co-champion of the 2015 Big Ten Tournament, heads to Litchfield Park, Arizona, where he will compete in the Patriot All-America Invitational from Dec. 29-31. The three-day tournament, played at the Wigwam Resort, features 84 of the top collegiate players named to the PING All-America team in NCAA Division I,II, and III, NAIA and NJCAA, AJGA, one player from each military academy, and select international players.

Schaake led the Hawkeyes in the fall, notching two top-10 finishes, while posting an average of 72.92 strokes per round. That mark tied for a team best.

From Jan. 4-6, Yankovich will compete at the Saguaro Amateur. The 54-hole, no cut, men’s amateur golf tournament will be played at Ak-Chin Southern Dunes Golf Club in Maricopa, Arizona.

Yankovich helped lead the Hawkeyes to a team title at the GolfWeek Conference Challenge (Sept. 25-27). The Blacklick, Ohio, native recorded the lowest 54-hole score of his career (209; -7) en route to a fourth place finish — the best finish of his career. He posted an average of 72.95 strokes per round in the fall, tying Schaake for team best.