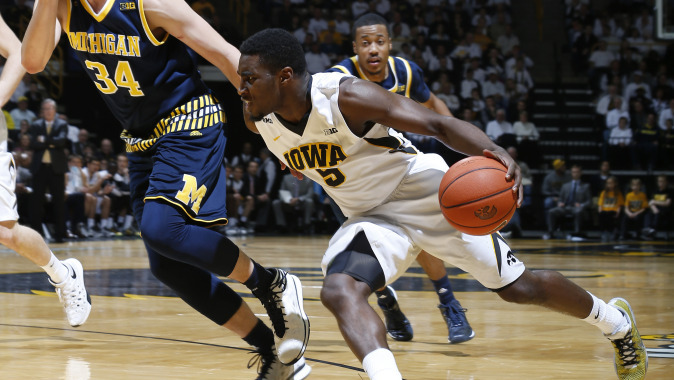 IOWA CITY, Iowa — The University of Iowa men’s basketball team is ranked ninth in both the Associated Press and USA Today Coaches Poll after notching a pair of victories last week over No. 4 Michigan State on the road (76-59) and Michigan at home (82-71).

The Hawkeyes’ 17-point triumph at Michigan State last Thursday was it largest margin of victory in East Lansing, Michigan, since 1983 and snapped an 18-game losing skid at the Breslin Center. Iowa’s win over Michigan improved its conference record to 5-0, marking the first time the Hawkeyes won their first five league games since the 1996-97 campaign.