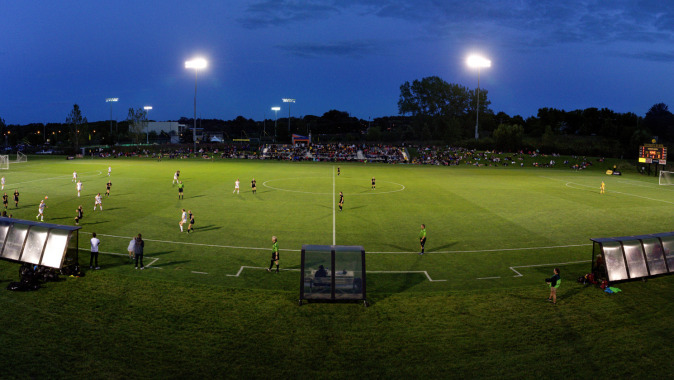 The Hawkeyes open the spring with a 7-v-7 Tournament on Feb. 27 at 1 p.m. (CT) inside the UI’s Football Indoor Practice Facility. Iowa will host two exhibitions at the Iowa Soccer Complex — facing Northern Illinois on March 5 at 2 p.m. and Northern Iowa at 7 p.m. on April 1.

Iowa hits the road for its final three spring competitions. The Hawkeyes will square off against Nebraska Omaha on April 9 in Omaha, Nebraska, at 10 a.m. Iowa will also face South Dakota State on April 9, at a time to be determined.

The Hawkeyes close out spring action in Lawrence, Kansas, against Big 12 Conference foe Kansas on April 16. The game will be held at Rock Chalk Park beginning at 3 p.m.