Two Days Down at Schenkel Invitational 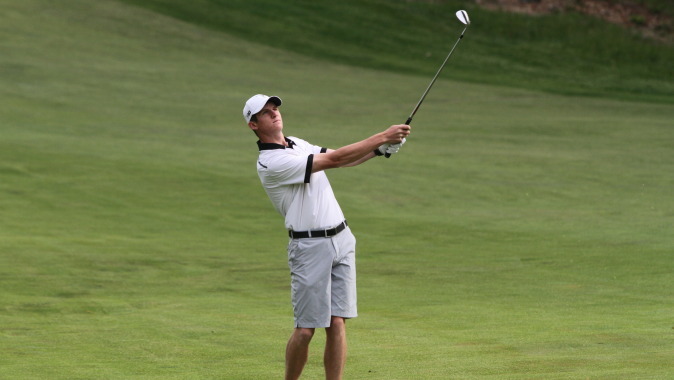 STATESBORO, Ga. — Through two rounds of play at the Schenkel Invitational, the University of Iowa men’s golf team sits in a tie for 11th place at 569 (-7; 279, 290). The Hawkeyes were tied for fourth place entering Saturday’s second round. The three-day, 54-hole event is being played at Forest Heights Country Club.

Following an opening round 66 (-6), senior Nate Yankovich carded a 76 (+4) in today’s second round, dropping him to 30th place on the individual leaderboard. Yankovich made par or better on 12 holes, including birdies on holes three, seven, and 12.

Junior Raymond Knoll sits one stroke behind Yankovich in a tie for 38th at 143 (-1: 70, 73). Knoll made par or better on 16 holes including, an eagle on hole seven. As a team, Iowa posted two eagles in Saturday’s second round.

Sophomore Sam Meuret and freshman Aaron DeNucci, who is competing as an individual, each made even par in Saturday’s second round. Meuret has recorded back-to-back rounds of even par and currently sits in a tie for 44th place, while DeNucci is tied for 57th place at 146 (+2; 74, 72). DeNucci’s second round 72 is his best 18-hole score of the year.

The Hawkeyes return to Forest Heights Country Club on Sunday morning to conclude play at the Schenkel Invitational with a final round of 18 holes. Tee times begin at 7:30 a.m. (CT). Live scoring is available at golfstat.com.