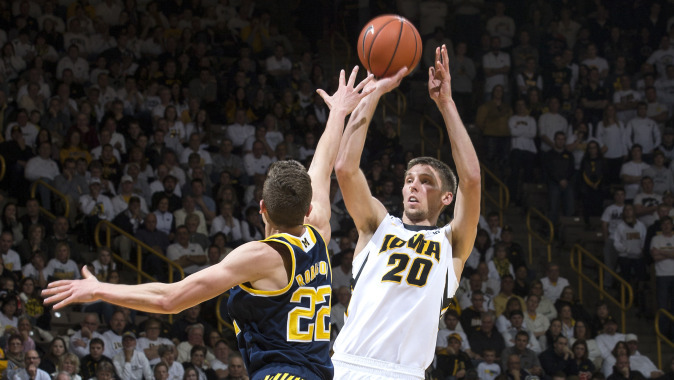 Uthoff’s 624 points this season ranks eighth-most in Iowa single-season annals. The team co-captain is one of three Hawkeyes in program history to amass 1,000 points and 150 blocks in a career (Acie Earl and Greg Stokes). He was one of two players nationally to total more than 600 points, 200 rebounds, and 85 blocked shots (Stony Brook’s Jameel Warney). Uthoff is the second player nationally in the last 20 years to average two blocks and two 3-pointers per game (Duke’s Shane Battier in 1999-00 and 2000-01).