IOWA CITY, Iowa — The University of Iowa baseball team has signed 10 players who will join the program in the fall of 2020, it was announced Thursday by head coach Rick Heller.

“This is a talented group of players and a great group of young men off the field,” said Heller. “Many of these student-athletes have been committed to our program for a long time. It’s exciting to know that we won’t have to wait much longer until they have a Hawkeye jersey on.

“Recruiting coordinator Marty Sutherland did a fantastic job in orchestrating our recruiting efforts. Marty deserves a lot of credit for this outstanding class.

“Most all of our needs are filled with this talented group, but we do have a lot of potential drafts in our junior class. With that said, we will likely need to add a couple more players as we move forward as things shake out.”

Three of the players are native Iowans, three hail from Illinois, two from Wisconsin, and one from Georgia and Missouri.   The class consists of two two-way players, five pitchers, and three positional players.  All 10 players are top-500-ranked players by Perfect Game. 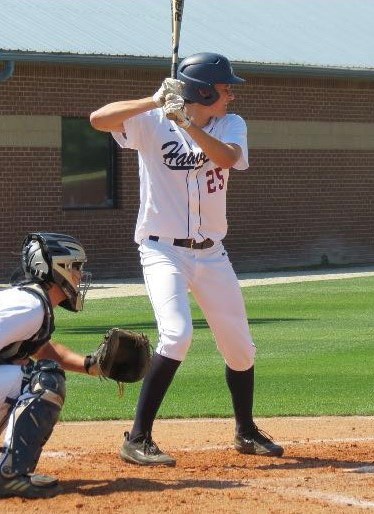 – Top 500 prospect by Perfect Game; rated as the 129th-best player in Georgia
– Region 6A Two-Way Player of the Year and Gwinnett Dugout Club Two-Way Player of the Year as a junior… hit .367 with 10 doubles, two home runs and 23 RBIs… went 6-4 with a 3.13 ERA with 59 strikeouts over 62 2/3 innings
– Perfect Game Preseason High School All-American
– Volunteers at his local church

Heller on Anthony:
“Keaton is a versatile player, who we project as a middle of the lineup hitter. He can play several positions and has a chance to pitch as well. Keaton is an excellent student and possesses strong leadership potential. We are all happy that Keaton will be coming to Iowa.” 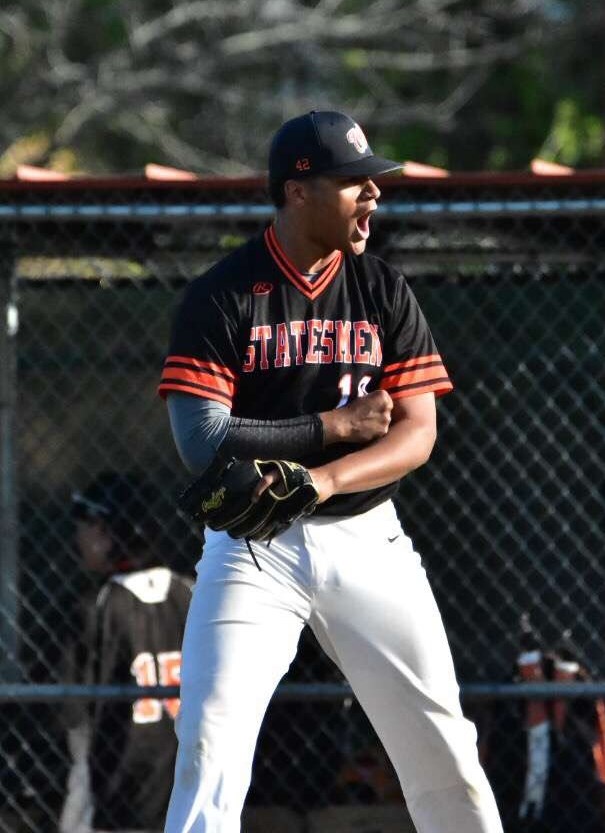 – Top 500 prospect by Perfect Game… ranked as the 16th-best player in Missouri by Perfect Game and the No. 6 RHP
– Ranked as the 11th-best player in Missouri by Prep Baseball Report and the No. 3 RHP
– Participated in the Elite Development Invitational, sponsored by MLB/USA Baseball
– First-team all-conference as a junior after posting a 1.22 ERA with 78 strikeouts to 19 walks over 46 innings
– Three-time Honor Roll and Scholar Athlete honoree… Renaissance Award recipient for academic achievement
– Three-year volunteer for Hoops and Bats Camp for kids in fifth through eighth grades

Heller on James:
“Tyson is top-level right-handed pitcher, who we feel has a chance to be special. We believe his already low 90s fastball will be even better down the road. With Tyson’s big frame, we are looking forward to seeing him continue to develop. He is a hard worker and competes well. We are excited Tyson will be a Hawkeye.” 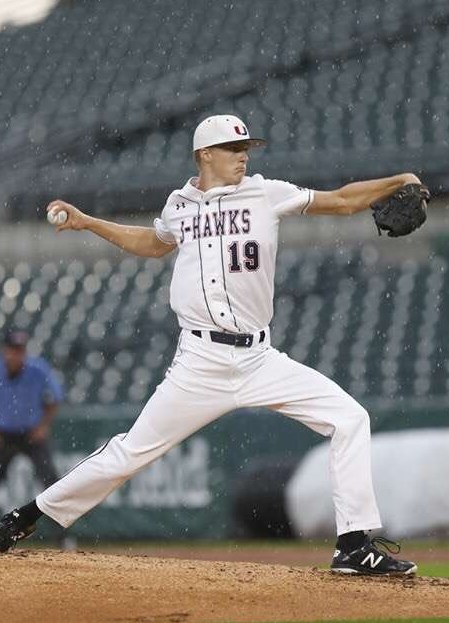 Heller on Langenberg:
“Ty is a winner. His high school team has won the last two 4A State Championships and Ty was a big part of those teams. He already has a low 90s fastball and we feel there is even more in the tank with his frame. He is a tough competitor, and we are all happy that Ty has chosen to come to Iowa.” 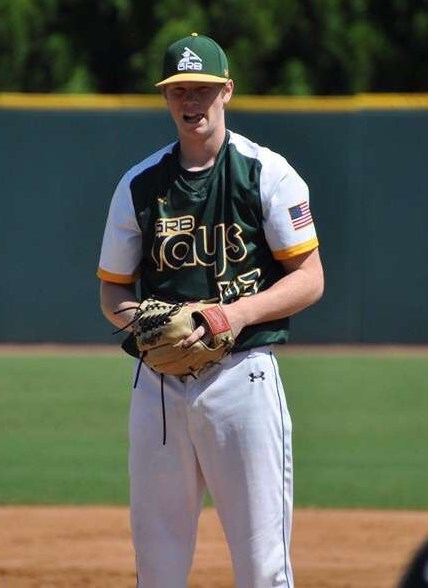 Heller on Lawler:
“Reece has a great arm and with his frame, he has plenty of room to continue improving.  Reece understands how to pitch and has a lot of savvy for a kid his age. Reece is a high-level competitor, who has great mound presence.  We are all excited to work with Reese and that he will be a Hawkeye.” 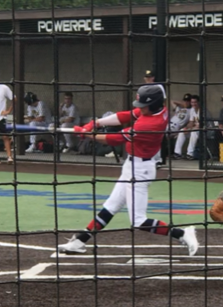 – Top 500 prospect by Perfect Game
– Two-time all-conference and all-area selection… led team with a .348 average with six doubles, two triples, one home run, and 23 RBIs as a junior… also swiped 16 bases and scored 28 runs
– 2018/19 Preseason Under Armour All-American and 2018 Perfect Game Preseason All-American
– Recipient of the Ed Weight Fighting Bear Award as a junior
– Four-year baseball letterwinner and three-year football letterwiner
– All-conference in football as a junior after notching eight interceptions
– Served on Leadership Council as a junior and senior

Heller on Mangano:
“Anthony is a great athlete, who is also a very good football player. He brings versatility to our program, being able to play several infield spots and in the outfield. Anthony is a solid all-around player and good competitor. We are happy that Anthony will be a Hawkeye.” 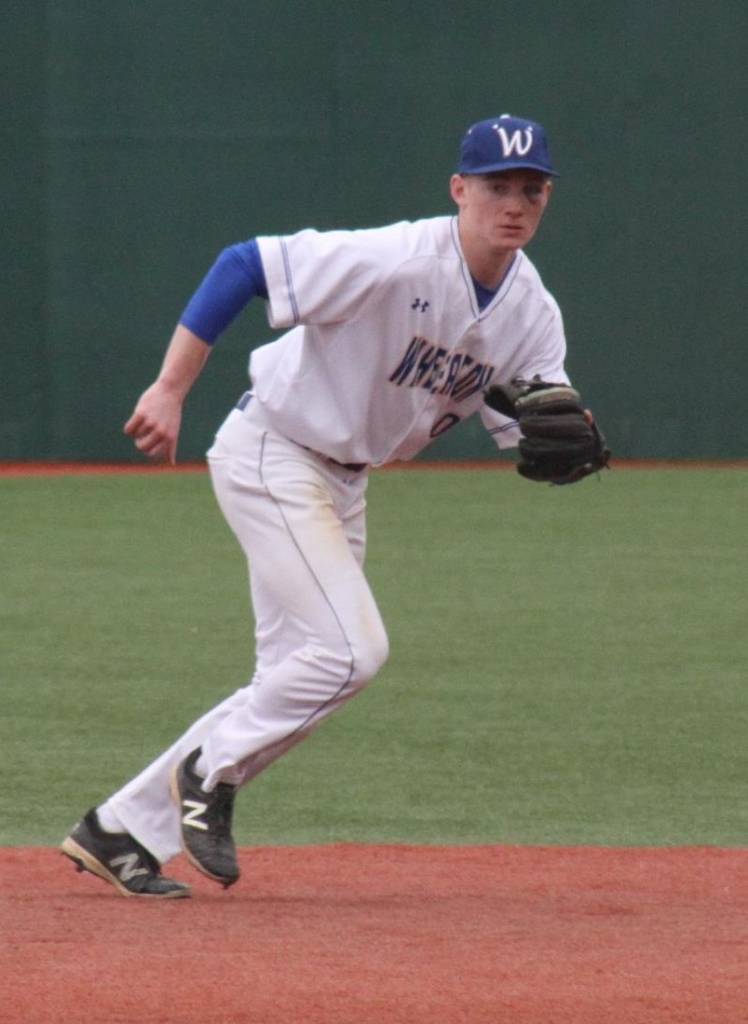 – Ranked as the No. 317-best prospect nationally by Perfect Game… rated as the No. 12 prospect in Illinois by Perfect Game and the No. 4 shortstop
– Rated as the 19th-best player in Illinois by Prep Baseball Report and the No. 6 shortstop
– 2019 Dukane Conference Player of the Year after hitting .451 with 11 doubles, seven triples, and seven home runs… also had 42 runs, 29 RBIs, and 19 steals
– 2019 all-state, all-region, and all-conference shortstop… 2019 Prep Baseball Report All-State selection

Heller on Nelson:
“Andy is an athletic infielder with great arm strength. He has good speed and can hit and hit for power. We love his athleticism and the fact that he can play several positions at a high level. We feel Andy has a bright future and are excited that he will be a Hawkeye.” 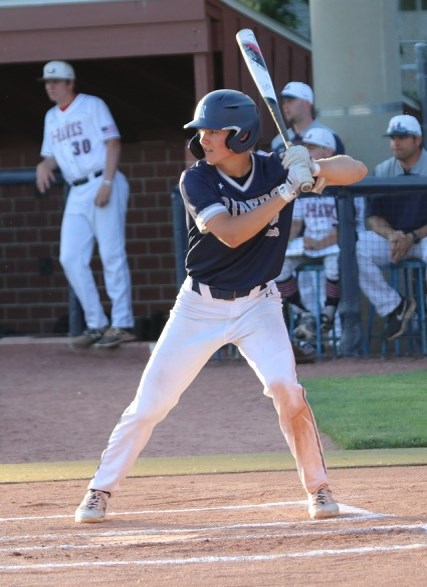 – Ranked as the No. 485-best prospect nationally by Perfect Game… rated as the third-best prospect in Iowa by Perfect Game and the No. 1 outfielder
– Rated as the No. 6 player in Iowa by Prep Baseball Report and the No. 1 outfielder
– 2019 IHSCBA 4A first-team all-state selection after hitting .448 with 13 doubles, two triples, and five home runs… drove in 30, scored 23 runs and had 10 steals… went 5-3 with a 2.65 ERA on the mound… had 60 strikeouts over 39 2/3 innings, allowing 25 hits
– Perfect Game Preseason All-American
– 2019 leading hitter in the Kernels Foundation Tournament

Heller on Nigut:
“Alec is a physical outfielder who can really hit from the left side. We love Alec’s work ethic and how hard he plays. He may end up being a dual player as a LHP. Alec hits for average and power and we believe can be a middle of the order-type hitter for us down the road. We couldn’t be happier that Alec has chosen Iowa.” 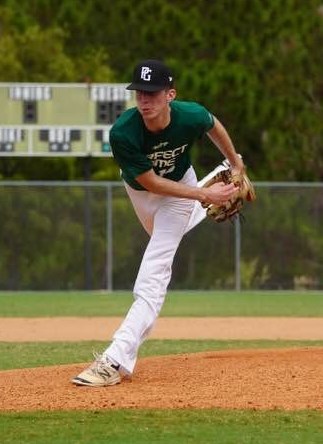 Heller on Payne:
“Jackson already has a 90 mph arm and a lanky frame that we feel he can add strength to. Jackson pounded the strike zone last season and competes well. We are all looking forward to working with Jackson and are excited he will be a Hawkeye.” 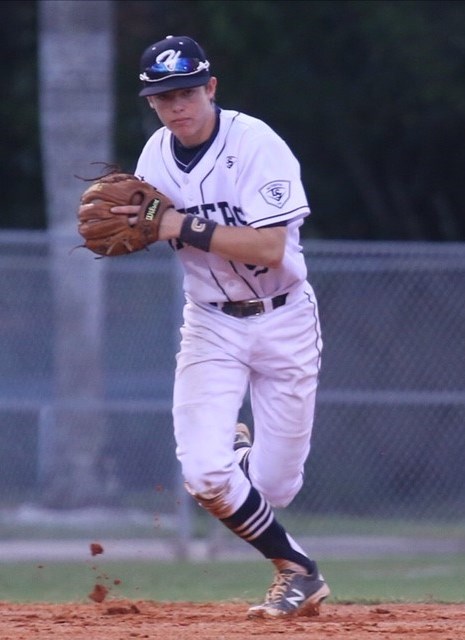 – Top 500 prospect by Perfect Game… rated as the No. 9 player in Wisconsin by Perfect Game and the third-ranked shortstop
– Rated as the 393rd-best prospect nationally by Prep Baseball Report… ranked as the No. 8 player in Wisconsin and the No. 1 shortstop
– 2019 Home School All-American after hitting .432
– Stole 118 bases over the last three travel seasons and posted a .315 average
– 1,000-point scorer in basketball, where he was the 2019 Home School State Tournament MVP
– Was the 2018-19 Saints Offensive Player of the Year in basketball

Heller on Seegers:
“Michael is an outstanding baseball player who possesses tremendous defensive skills and savvy. A great runner, Michael will be a legit base stealing threat for us. He is a solid all-around player and plays the game the right way. We couldn’t be happier that Michael will be a Hawkeye.” 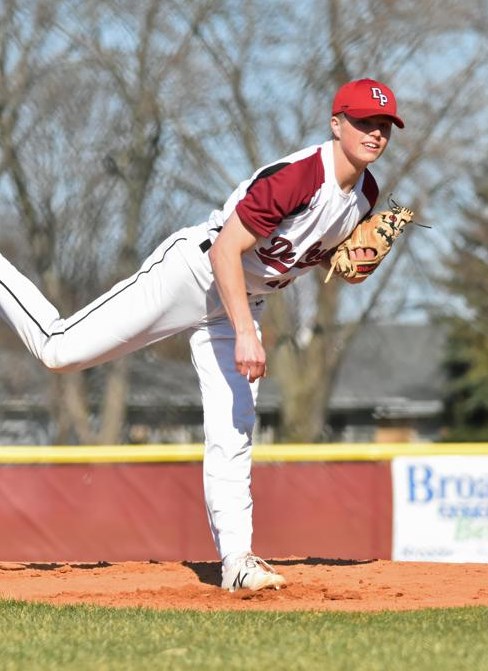 – Top 500 prospect by Perfect Game… rated as the No. 7 player in Wisconsin by Perfect Game and the No. 3 RHP
– Rated as the 13th-best player in Wisconsin by Prep Baseball Report and the No. 3 RHP
– 2019 Perfect Game Preseason All-American
– First-team all-conference and all-district selection as a junior after going 4-0 with a 0.35 ERA
– Four-year baseball letterwinner
– Had Tommy John surgery in June, 2019

Heller on Semb:
“Will unfortunately had to have Tommy John surgery, but is recovering well. Prior to that, Will was making great progress and pitching well. We feel that after he recovers, Will can be a front-line pitcher for us. He has a strong arm, good pitch-ability, and competes hard. We are happy that Will is coming to Iowa and look forward to working with him.”

The Hawkeyes will open the 2020 season on Valentine’s Day, facing Kent State at the Snowbird Baseball Classic in Punta Gorda, Florida.