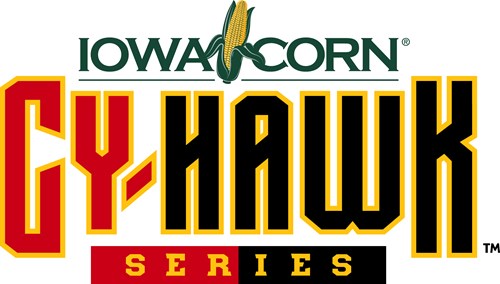 LAST TIME OUT
• The Hawkeyes went north to compete in the Minnesota Invitational for a midseason showdown, and the team posted several school records from Hannah Burvill, Millie Sansome, and Kelsey Drake. The Hawkeye men placed fifth among the field, while the women finished seventh.

COLIN EARNS OLYMPIC TRIALS QUALIFYING STANDARD
Senior backstroker John Colin notched an Olympic Trials time standard of 56.47 in the 100 back on Dec. 8 in Minneapolis. Iowa’s leading backstroker in the 100, Colin got the cut the second time around after narrowly missing it in the morning session.

“It showed me that the hard work I put in finally paid off. When I tried before I came up just shy of the cut,  but didn’t give up on my dream and kept trying. I knew I had been close to the standard since last summer, and the coaches believed in me, I believed in myself, and I got it.”

HOHERZ, TAMBORSKI HEAD TO USA DIVING SENIOR NATIONALS
Senior Anton Hoherz and sophomore Sam Tamborski will take part in the 2019 USA Diving Senior National Championships from Dec.15-22 in Minneapolis.
Hoherz holds top-10 scores in both the 3-meter (3rd) and 1-meter (7th), while also holding the school record on the platform (415.65). Hoherz was also the first American to land a front-4 1/2 last spring.
Tamborski also ranks in the top-10 of the 3-meter (5th) and platform (6th).

HEARING FROM SENIOR HANNAH BURVILL
“It was exciting to see all of our work pay off so far this season. It was great to see best times and season performances even though we weren’t fully tapered. To make personal improvements every meet is nice because it reaffirms what we’re doing. I’m looking forward to racing Iowa State because we get to suit up again and moving off of last week, we have the confidence to do well again.”

HEARING FROM FRESHMAN MILLIE SANSOME
“It’s so good to perform well when it matters as a team. There was overwhelming support from the team whenever someone made the finals. It was a great atmosphere to be a part of. We’re all excited to face Iowa State. We’ve been talking about racing Iowa State since the start of the year, and it’s going to be fast.”

AMONG THE RANKINGS
• The Iowa men regained their position in the Collegeswimming.com rankings at No.18 after a short hiatus before the Minnesota Invitational. Iowa was previously ranked 19th in the poll, and jumped one spot from the past ranking with 791.30 points.  The Hawkeyes are 2-2 in dual meets on the season.
The Iowa women rank just outside the top-25 with 760.05 points.
• The Iowa men are also 18th in the TYR/CSCAA Top 25 with 84 points as of Dec. 11.

MEET-BY-MEET
• The Hawkeyes opened the season with three wins over Michigan State and Northern Iowa on Oct. 3. The men defeated the Spartans, 182-112, while the women pulled out the double victory over Michigan State and UNI in identical fashion, 183-113.
• At the season’s first invitational, nine Hawkeyes took to the water at the SMU Classic and finished fourth out of six total teams with 242 points.
• The Hawkeye men captured a win against Minnesota, 156-144 , at the CRWC, hoisting the team’s second Big Ten win of the season. The Hawkeye women put up strong times against a ranked Minnesota team, narrowly falling 157-143. The Iowa men got its first win against Minnesota since 2017.
• The Iowa women swam well against the third-ranked Michigan, posting seven individual wins. Despite a strong showing, Iowa fell 173-127.  The 19th-ranked Iowa men’s team dropped its contests against No. 1 Michigan (218-82) and fell to No. 6 Indiana (245-55) in Bloomington, Ind.
• The Iowa women swam well against third-ranked Michigan, posting wins in seven events, but ultimately lost 127-173.
• The 19th-ranked Iowa men’s team dropped its Big Ten duals against No. 1 Michigan (218-82) and No. 6 Indiana (245-55) in Bloomington, Ind.
• The Iowa women dominated B1G opponent Rutgers, 199-100, in Iowa City on Nov. 8, the team’s final dual before its midseason invitational.
• The Hawkeyes went north to compete in the Minnesota Invitational for a midseason showdown and they posted several school records from Hannah Burvill, Millie Sansome, and Kelsey Drake. The Hawkeye men placed fifth among the field, while the women were seventh.

MAKING THE CUT
The men’s team has nine swimmers that have posted NCAA “B” qualifying standards in nine events during the 2019-20 season, while the women’s team has three swimmers notch “B” times in seven events.
Three men’s swimmers have standards in multiple events; they include sophomore Aleksey Tarasenko (50 free, 100 free, 200 free), senior Steve Fiolic (50 free, 100 free), and sophomore Anze Fers Erzen (200 back, 400 IM).  Senior Joe Myhre (50 free), sophomore Mateusz Arndt (500 free), freshman Ryan Purdy (200 back), freshman Will Myhre (100 breast), junior Daniel Swanepoel (200 breast), and senior Michael Tenney (200 fly) have standards in a single event.
On the women’s side, senior Hannah Burvill has four NCAA “B” cuts in the 50 free, 100 free, 200 free, and 100 back, while junior Kelsey Drake has two standards in the 100 and 200 fly.  Freshman Millie Sansome also has a “B” cut in the 200 back.

WHAT YOU NEED TO KNOW
• Marc Long is in his 16th season as the Hawkeyes’ head coach.  Long  has coached 44 All-Americans during his tenure as Iowa’s head coach.
• Long was inducted into the National Varsity Club Athletics Hall of Fame in 2019.
• The Hawkeyes return four NCAA qualifiers from the 2018-19 season in senior Hannah Burvill, juniors Anton Hoherz and Jayah Mathews, and sophomore Sam Tamborski.
• Iowa also returns Will Scott and Joe Myhre, who both earned honorable mention All-America honors as sophomores in 2018.
• Iowa has 21 letterwinners returning on the men’s team and 17 returning letterwinners on the women’s team.

HOSTING B1Gs
After hosting the Big Ten Men’s Swimming & Diving Championships in 2019, the women are coming to Iowa City in 2020.  The Hawkeyes will host the 2020 Big Ten Championships at the Campus Recreation and Wellness Center from Feb. 19-22.  It is the first time the women’s championship has been in Iowa City since 2012.

ON DECK
The Hawkeyes return to action on Jan. 11, hosting Illinois (W) and Notre Dame (M/W) at the Campus Recreation and Wellness Center at 11 a.m. (CT).