IOWA CITY, Iowa — Grant Leonard decided to hang up his University of Iowa baseball cleats when the 2020 season was canceled because of the coronavirus pandemic. 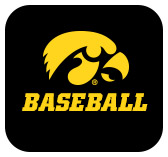 He had earned a bachelor’s degree in finance in 2019 and was working toward a second degree as a fifth-year senior in 2020. Even though the NCAA granted student-athletes an additional year of eligibility following the shortened season, Leonard was set to accept a finance job in Chicago.

“From the start, it sounded good,” said Leonard, a right-handed reliever from Mokena, Illinois. “I was already a fifth-year (senior) at that point, had graduated, and was taking classes that weren’t necessary last year. The question was, should I do that for another year with not being on a full scholarship and having that money come out of my own pocket?”

Leonard kept his arm in shape during the spring. When summer arrived, he felt good physically and baseball kept creeping into his mind. He played in the Northwoods League for the Fond du Lac Dock Spiders.

“I was keeping up on training and hoping for the best with free agency and the MLB Draft,” said Leonard. “Doing that made me realize I can work forever when I get older. I decided I might as well be a kid for a little longer and enjoy what I am doing playing baseball.”

Leonard, who ranks second in Iowa baseball history with 20 career saves, will return for his sixth season during the 2021 season. Prior to last season, Leonard was a preseason All-American and was named to the NCBWA Closer of the Year Watch List. He is 5-5 with a 3.16 ERA in 58 career appearances.

Leonard is not attending classes at the University of Iowa during the fall semester. As a result, he cannot utilize Iowa facilities or participate in fall practices.

“I still get to communicate with the coaches and they have training plans for me,” said Leonard. “It’s inconvenient, but I am making it work.”

“We had a legit shot last year. We had a good team, good chemistry and were playing good baseball. It’s tough losing Jud (Grant Judkins) and (Justin) Jenkins, but the big picture roster and with the new guys we have coming in, this team has a shot to be just as special."

Leonard is making it work because it will give him an opportunity to slide into his No. 43 jersey for another season. He’ll get a redo with a Hawkeye team that showed promise during a 10-5 start to the 2020 campaign.

“That was one of the profound thoughts in my head,” said Leonard. “We had a legit shot last year. We had a good team, good chemistry and were playing good baseball. It’s tough losing Jud (Grant Judkins) and (Justin) Jenkins, but the big picture roster and with the new guys we have coming in, this team has a shot to be just as special.

“I couldn’t leave my teammates hanging. (When I decided to be done) I felt like I was giving up on those guys and I couldn’t do that. Last year was a ‘what could have been’ and I didn’t want this year to be ‘a what could have been.’ With our talent, we have a shot to go to Omaha.”