The 98.3-pound bronze Floyd of Rosedale pig traveling trophy will make its way back to the Stew and LeNore Hansen Football Performance Center after the University of Iowa football team churned out 236 rushing yards in a 35-7 victory over Minnesota on Friday night at TCF Bank Stadium.

The Hawkeyes led 14-0 at halftime and pushed their advantage to 35-0 before the Gophers scored on their last possession of the game.

Iowa’s dynamic rushing duo of Tyler Goodson and Mekhi Sargent combined for 228 yards and three touchdowns. Goodson had a career day, gaining 142 yards on 20 carries with two scores, while Sargent had 86 yards on just nine attempts and a touchdown. 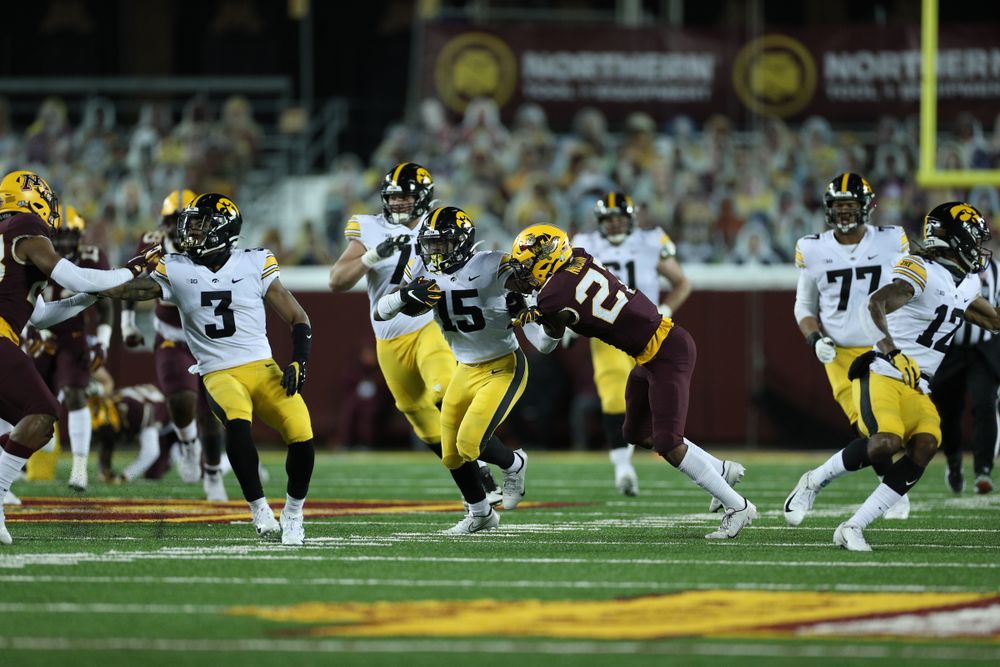 “I am proud of our football team and the players the way they competed and the way they are growing as a football team.  It was great for us to be able to bring Floyd back home with us, we’re thrilled about that.  There are still some things we need to work on and get better at, but the big thing is we are still improving right now.  That has been our focus all the way through it.

“Our guys showed up tonight and played tough, hard, and did a good job up front. That was a focal point for us, we knew we would have to be successful up front if we were going to have a chance to win this game.  A reflection of that is Tyler Goodson, he had a career high, that’s great. Mekhi did a good job also.

In that third quarter they had that long drive and for our guys to dig in and get a stop and keep them off the scoreboard, that was a big turning point.  The offense came back and responded. There were a lot of highlights, Jack Koerner, Moss, Tory Taylor continues to punt the ball well.  There were a lot of good efforts out there and most important it was a good collective team effort.” 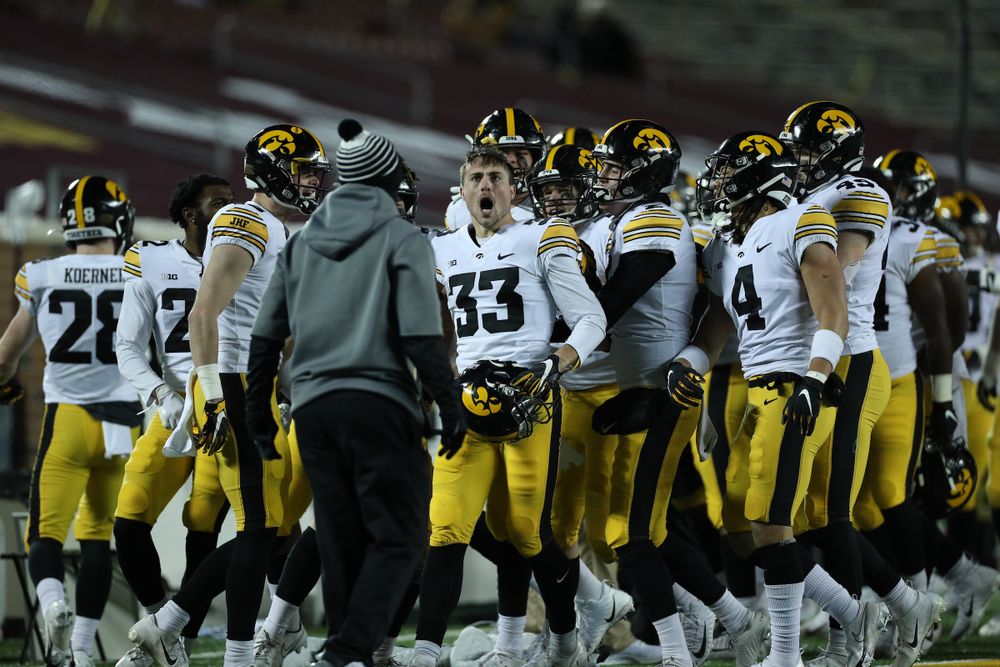 The Hawkeyes play at Penn State on Saturday, Nov. 21. Kickoff and television information will be released this weekend.