Garza torched Southern University for 41 points, nine rebounds, and three blocks. He netted 36 first-half points, which is believed to be the most points scored by a Hawkeye in a half in program history. In the first half, Garza made all 12 field-goal attempts and was 10-of-12 from the free throw line. 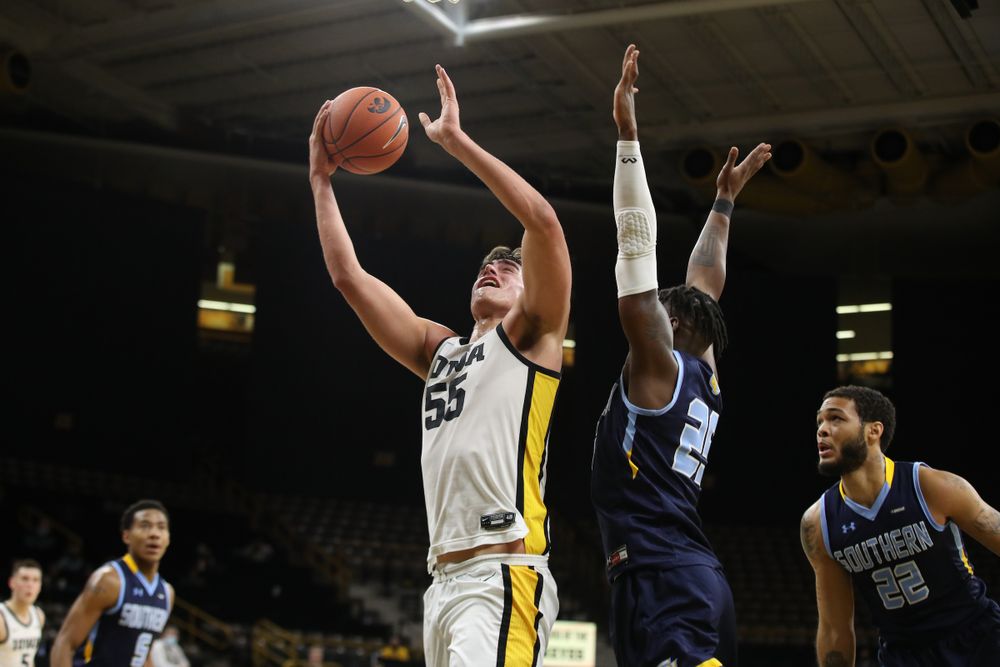 Garza tallied 20 points or more in both games last week and 18 straight, dating back to last season. That ties Oklahoma’s Trae Young (2017-18) for the second-longest streak by a major conference player over the last 20 seasons, trailing only North Carolina State’s T.J. Warren (19).

The center is one of two players in program history to score 40 points or more in two games in a career (John Johnson, 49 and 46). Garza netted 44 points at Michigan last season.