Overcoming Early Field Position Woes
“Our (fourth) possession we started on the 25-yard line, and that was the best field position we had to that point, so it’s not a good sign. If you get bad field position, what you have to do is try to flip the field, you have to get make a couple first downs and move the ball out to at least the 30, 40 yard lines where you can flip the field with a good punt.

“We weren’t able to do that. We were basically three-and-out, three-and-out, and didn’t get much going. The best thing that happened was our players kept playing, the coaches kept coaching and things started getting better.” 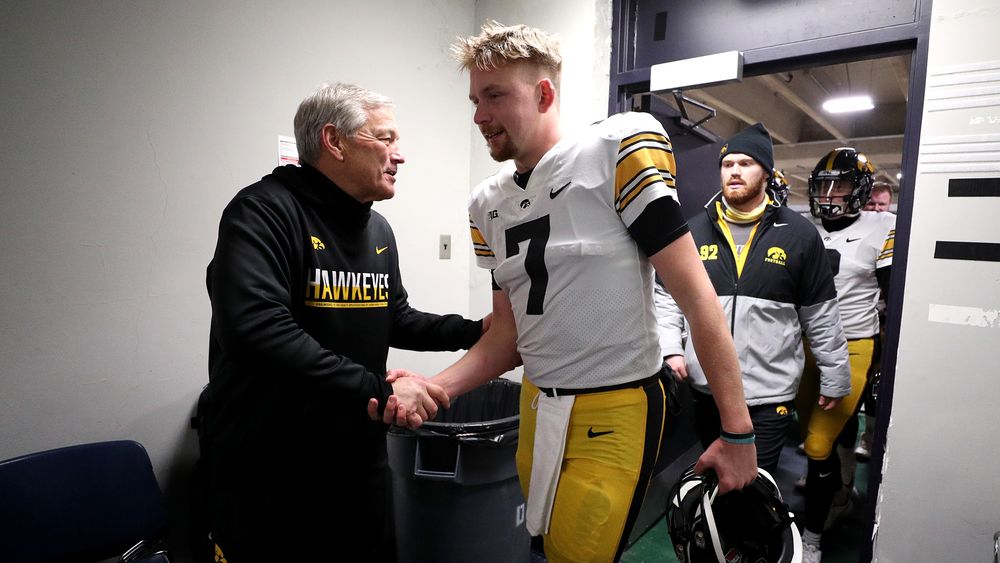 "The best thing that happened was our players kept playing, the coaches kept coaching and things started getting better.”

“Our slow start was a team effort. There’s nothing that looked very good the first18, 20 minutes. Sometimes defensively it takes time to get a feel for the game and how things are going to go. The defensive staff did a good job making a couple tweaks once we got a feel where (Illinois was) trying to attack us. Most importantly, our players responded to what was going on.”

Tory and Charlie Strike Again
Punter Tory Taylor made five kicks for an average of 42 yards with a long of 54 and two downed inside the 20. Charlie Jones returned four punts for 29 yards and a long of 18.

“We had a scoring drive and then got it down to inside the 50 and get a plus-50 punt. Then (Illinois) gave it back to us and Charlie had the good return. That’s good complementary football. Tory has done a great job punting from our end and flipping the field or punting from the midfield area and putting opponents in a tough position. Charlie, I can’t say enough about his return abilities and what he has done.” 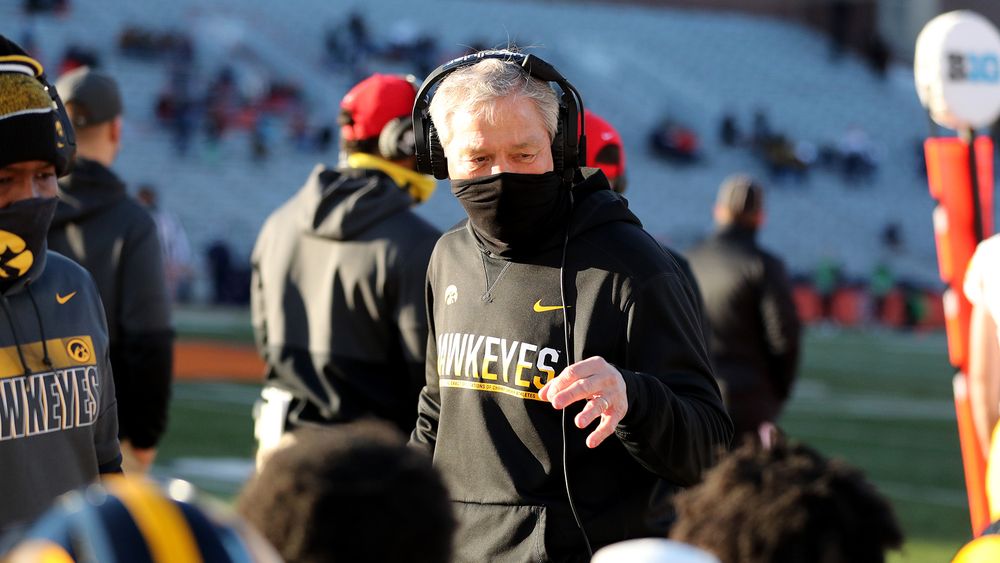 Leave it to a Fullback
Fullback Monte Pottebaum got the passing game going with a 20-yard reception early in the second quarter. Iowa was 1 of 3 passing for nine yards in the first quarter.

“Leave it to a fullback to get you started in the passing game of all things. It was a good decision by (quarterback) Spencer (Petras) to drop it off to Monte and then it was a 20 yard gain. Monte took it and made a nice gain.

“You have to give Spencer a lot of credit because he was part of that bad start to the game. For a guy who is inexperienced, still developing confidence to start out that badly…and then rebound it the way he did gives you insight to his character.”

Senior Day versus Wisconsin
Iowa and Wisconsin play Saturday with a 2:30 p.m. (CT) kickoff in Kinnick Stadium. The game will be televised by FS1 or BTN.

“We’re playing a team that it is a border rival and we have had great games with them; we haven’t come out on the right end enough, that’s for sure.

“To honor the seniors is always special but won’t be quite the same. It’s like the military heroes that we honor, you wish they could be there in front of 70,000. I wish the same for our seniors, but I can’t say enough about what they have done, whether it’s guys that have been here four years, five years or guys like (defensive lineman) Jack Heflin that joined the team this past year or (defensive lineman) Zack (VanValkenburg) two years ago.”