As the Hawkeyes finished practice Wednesday at SPIRE Institute, Woody, director of track and field at the University of Iowa, thought about which event he was most looking forward to watching over the next three days.

“I don’t want to name one event or another because we have a lot of events on the track and in the field,” said Woody.

Then he slightly tipped his hand.

“One thing in particular is the men’s heptathlon because we haven’t put together a heptathlon yet and we have two of the best guys in the country,” Woody said. “I’m really looking forward to those guys kicking things off tomorrow.”

New to this season, the indoor championships are contested over three days with separate sessions for men and women. The 60-meter dash for the men’s heptathlon is the first event Thursday at 9 a.m. (CT). The Hawkeyes have Peyton Haack and Austin West in the heptathlon. 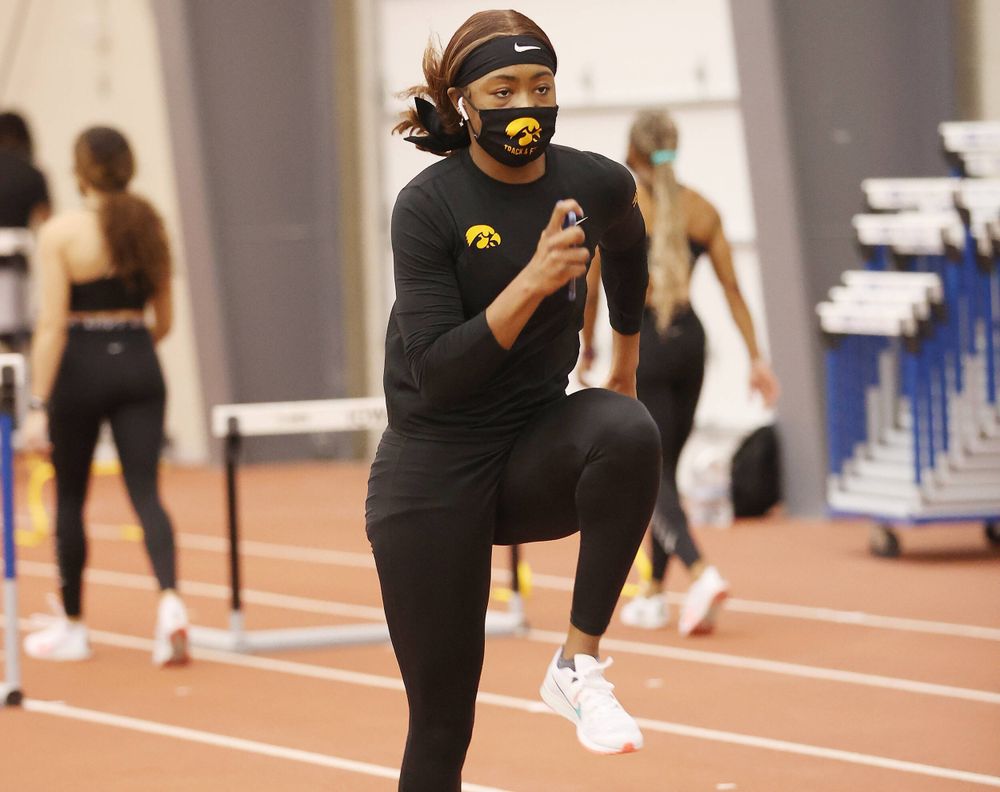 “I feel good about where we’re at. The men and women have to go out and do what we have been doing all year and execute their events and compete. That’s what it’s all about, competing and beating people.”

There will be plenty more events featuring Hawkeyes that will be worth noting. Woody said the Iowa men’s and women’s teams have looked “tremendous” the last couple weeks. With last weekend off from competition, Woody knows his student-athletes are eager for the Big Ten Championships. He said now is the time to focus on execution.

“I feel good about where we’re at,” Woody said. “The men and women have to go out and do what we have been doing all year and execute their events and compete. That’s what it’s all about, competing and beating people.”

Iowa also features a potent and complementary blend of youth and experience. On one handtou have freshmen Max Murphy, Clare Pitcher and Paige Magee, just to make a few, making their first trip to the indoor championships. Then there are veterans like Wayne Lawrence, Jr., and Mallory King, bringing a shoulder to lean on, not to mention a confident calmness with the way they go about their business.

“That makes you a pretty happy coach and sets things up,” Woody said.

After an unprecedented season of competing against opponents solely from the Big Ten, it is time to see who elevates themselves among some of the best track and field athletes in the nation.

That goes for men and women. Veterans and rookies.