Garza becomes the first Hawkeye to earn the prestigious honor twice, since the award was introduced by the Big Ten Conference in 1985, and the third player in the history of the league to win the award in consecutive seasons (Ohio State’s Jim Jackson, 1991-92; Michigan State’s Mateen Cleaves, 1998-99). 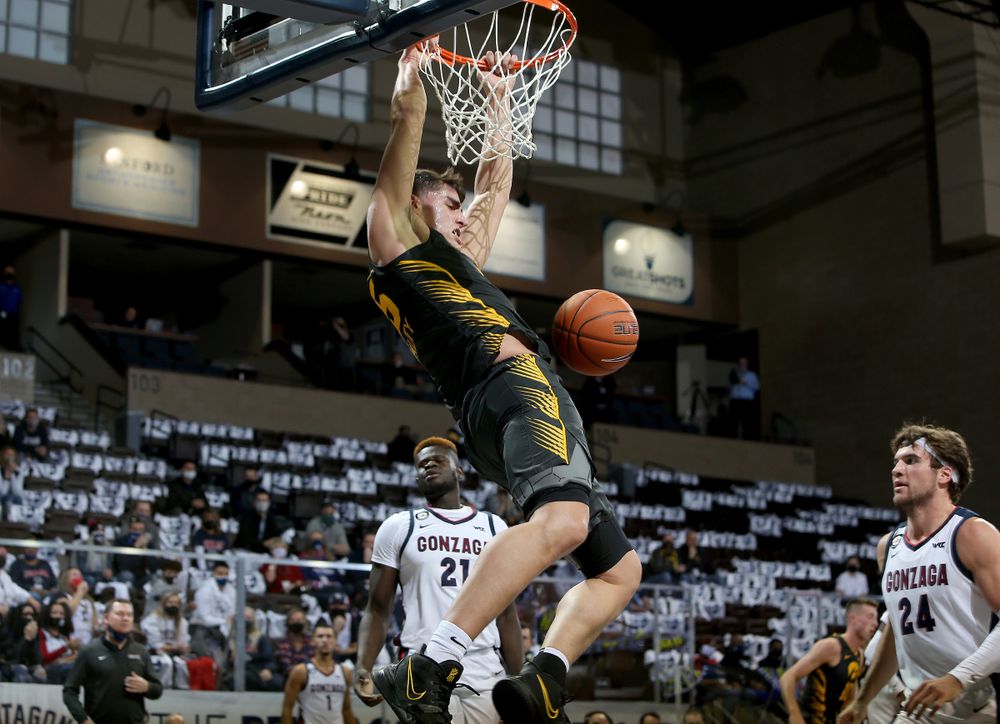 Wieskamp (6-foot-6, 212 pounds) ranks second on the team in points per game (15.0) and rebounds per contest (6.6). The Muscatine, Iowa, native ranks third in the Big Ten in 3-pointers made per game (2.44) and eighth in defensive rebounds per game (5.44). He leads all players in 3-point accuracy, making 49.5 percent of his attempts (51-of-103) in Big Ten play. Wieskamp, who was a third-team all-conference honoree a year ago, has scored in double figures 23 times this season, including netting 20 points or more five times. He has made a season-high five 3-pointers six times this season, the most by a major conference player in 2020-21. 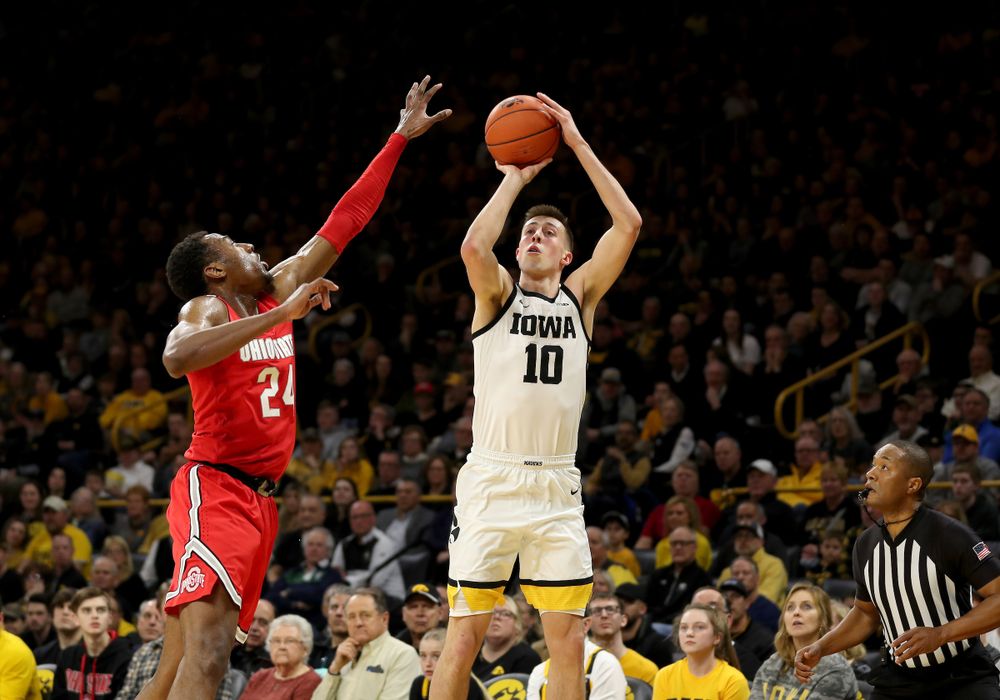 Fredrick (6-foot-3, 195 pounds) ranks fourth on the team in scoring (10.5 ppg.) and 3-pointers made (35), shooting at a 50 percent clip (35-of-70) from 3-point range in 2020-21. He owns a staggering 8.0 assist-to-turnover ratio, totaling 48 assists and only six turnovers. The Cincinnati native has committed only two turnovers since Dec. 22, 2020 (16 games played). Fredrick’s numbers would have been higher if not for injuries sidelining the redshirt sophomore four full games and the second half of three other contests. Along with being voted honorable mention all-league, Fredrick is the recipient of the Big Ten Sportsmanship Award for Iowa men’s basketball.

Murray (6-foot-8, 215 pounds) is the 10th Hawkeye to be voted to the five-player All-Freshman Team since the honor was first introduced in 2003. Murray, a Cedar Rapids, Iowa, native is the eighth rookie to be recognized on the All-Freshman Team under Fran McCaffery and the fifth in five years (Jordan Bohannon and Tyler Cook in 2017; Joe Wieskamp in 2019; CJ Fredrick in 2020).

Murray has played all 27 games, including starting four contests. He is team team’s leading scorer (7.8 ppg.) and rebounder (5.5) off the bench in conference play. Murray is second on the team in total steals (24) and ranks 11th overall in the Big Ten in blocked shots per game (1.1). He has netted double figures six times, including three of the last nine outings. Murray is shooting 53.8 percent (71-of-132) from the field, currently seventh best in a single season by a Hawkeye rookie. He was instrumental in Iowa’s victory over No. 25 Wisconsin in the regular season finale, accumulating 13 points, three blocks, and six rebounds, including two critical offensive rebounds down the stretch.

Joining Garza on the first team, by both coaches and media, were Ayo Dosunmu and Kofi Cockburn of Illinois. Ohio State’s E.J. Liddell and Trevion Williams of Purdue were also first-team selections by the coaches, while Michigan’s Hunter Dickinson and Trayce Jackson-Davis of Indiana earned first-team accolades by the media. Illinois’ Andre Curbelo was named Sixth Man of the Year by the coaches. The All-Defensive Team consisted of Trent Frazier (Illinois), Darryl Morsell (Maryland), Aaron Henry (Michigan State), Jamari Wheeler (Penn State), and Myles Johnson (Rutgers).

No. 5 Iowa (20-7, 14-6) will open Big Ten Tournament play Friday in the quarterfinals. Tipoff is scheduled for approximately 8 p.m. (CT) at Lucas Oil Stadium in Indianapolis.