IOWA CITY, Iowa – University of Iowa senior Luka Garza was voted to the United States Basketball Writers Association (USBWA) First-Team All-America team. The announcement was made by the USBWA on Wednesday.

Among the first-team selections, Garza, Dosunmu, and Kispert are the finalists for the Oscar Robertson Trophy, presented to the national player of the year by the USBWA. The winner of the award will be announced on April 1 in a virtual event in conjunction with the Final Four in Indianapolis, the hometown of Oscar Robertson.

The USBWA is one of four outlets used by the NCAA to determine its consensus All-America teams (Associated Press, National Association of Basketball Coaches, United States Basketball Writers Association, and Sporting News). Garza has already been named to the first-team All-America squad by Sporting News and the Associated Press. The NABC is expected to make its announcement in the coming days.

Iowa has had an All-American in three of the last six seasons. Garza is a two-time first-team honoree (2020, 2021), while Jarrod Uthoff was a second-team selection in 2016. 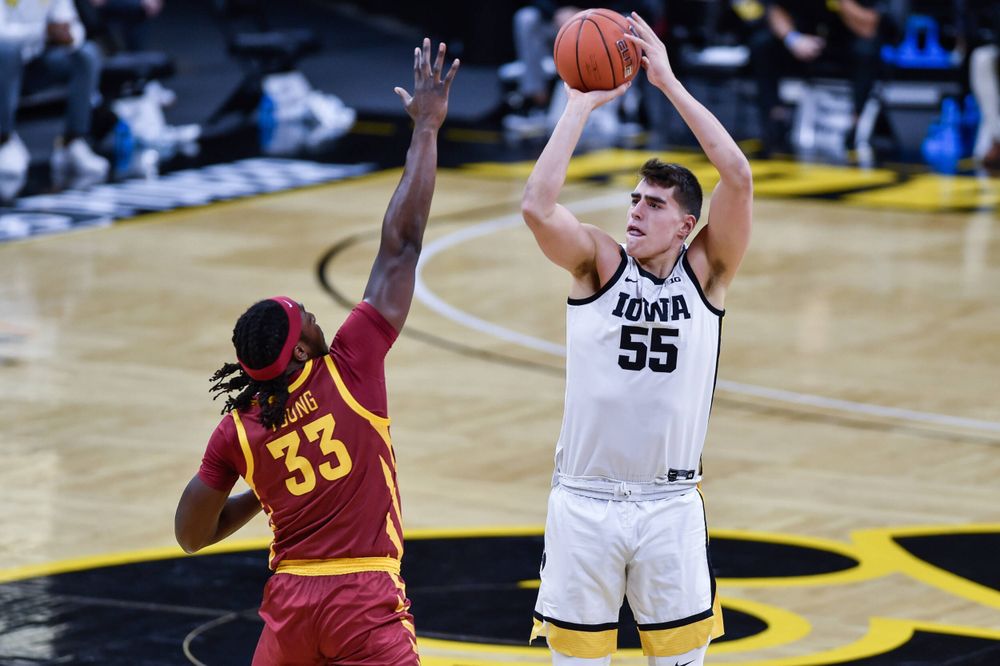