IOWA CITY, Iowa – The Hawkeyes are headed to Tuscaloosa.

The University of Iowa women’s gymnastics team was selected for the NCAA Tuscaloosa Regional on Monday afternoon during the 2021 NCAA Selection Show on NCAA.com. The GymHawks will compete on April 3 at Coleman Coliseum on the campus of the University of Alabama.

“I am excited to go to Tuscaloosa,” said senior Clair Kaji, a first-team All-Big Ten and Big Ten All-Championship team selection. “One, it’s warm there, and two, I think we have a great shot of making nationals.”

Iowa will compete in a session against seventh-seeded Alabama, 10th-seeded Arkansas and intrastate rival Iowa State. The other session includes No. 2 Oklahoma, No. 15 Auburn, and Missouri. Eastern Michigan and Maryland will compete in a dual to enter the second session. 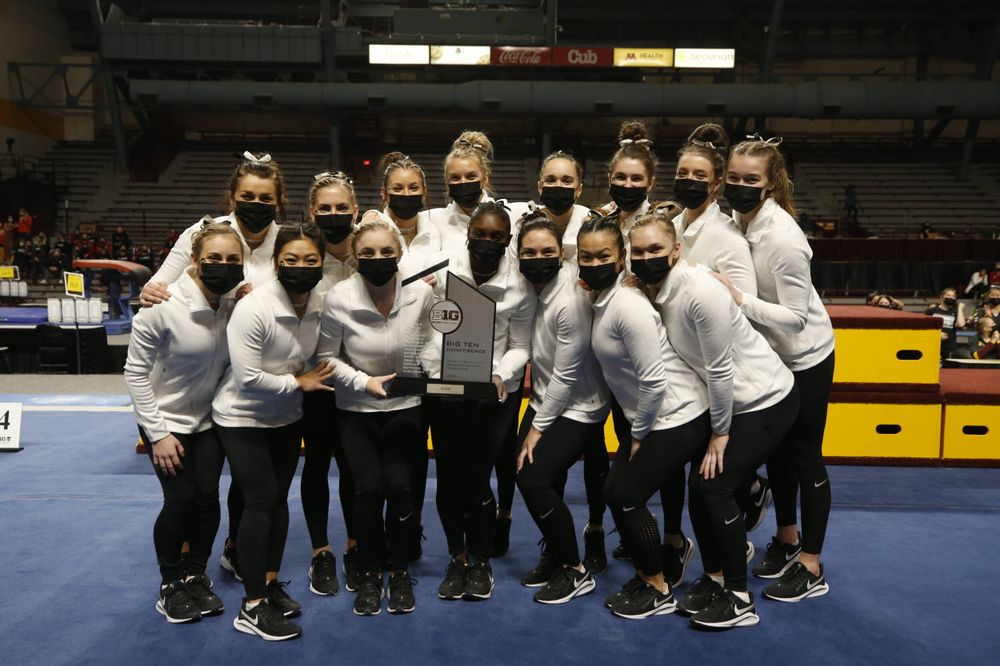 The top two teams in each of Saturday’s will advance to the regional final on April 3. The top two teams, the top all-around competitors, and the top event specialist on each event, who are not on an advancing team, from each regional will receive an automatic bid to the NCAA Championships on April 16-17 in Fort Worth, Texas.

“It’s important to pace ourselves this week during our bye week,” said Kaji. “We need to make sure we go in at our strongest the next two weeks and carry the same energy we’ve had all season and that’s being grateful for this opportunity, being genuine and authentic in ourselves. We still have not shown our true potential, so I am ready for it to come together at Regionals.”

The GymHawks are one of 36 teams to qualify for the NCAA Regional competition at one of four different sites. To qualify, teams must have a top-36 regional qualifying score (RQS). Iowa’s current RQS of 196.756 ranks 19th in the latest Road to Nationals poll.

Libby has now led Iowa to 20 consecutive NCAA Regional appearances during her Hawkeye tenure. The 2021 season is Libby’s 17th as Iowa’s head coach and 21st overall with the program.

The Hawkeyes finished the regular season with a 10-1 record, which included a perfect 8-0 mark in Big Ten action. Iowa won its first regular season Big Ten title in school history before tying for third at the Big Ten Championships last week.

Details concerning times, tickets, and other logistics will be released at a later date.