Iowa Draws Campbell in First Round of NCAA Tournament

IOWA CITY, Iowa – The University of Iowa soccer team will face Campbell in the first round of the NCAA Tournament on April 27 in Buies Creek, North Carolina, it was announced Monday during the NCAA Selection Show on NCAA.com.

The Iowa-Campbell matchup will begin at 2 p.m. (CT) at Eakes Athletics Complex on the University of Campbell’s campus. The winner of the Iowa-Campbell contest will move on to face third-seeded UCLA on April 30 at 2 p.m. The Bruins received a first-round bye.

“Being able to come back and find out we’re going to North Carolina is huge,” said junior captain Hailey Rydberg. “We’re proud considering how our season started off and the fact we stayed so invested, we’re excited to get the chance to keep competing.”

The Hawkeyes earned an automatic berth after winning four games in the postseason, defeating second-seeded Illinois, third-seeded Minnesota, top-seeded Penn State and fourth-seeded Wisconsin in the Big Ten Regional Weekend and Big Ten Tournament. The title is the first for the program in its history.

Always great to see “IOWA” on the NCAA bracket!! pic.twitter.com/jeP7r3n9nN

“It feels surreal that we made program history,” said junior captain Sara Wheaton. “Seeing what this team has accomplished makes everyone so proud. The raw emotion of excitement and everything you can feel, you feel all at once. It feels fantastic.”

It is Iowa’s second straight NCAA Tournament appearance and the third NCAA bid in program history. The Hawkeyes have won four straight games and five of their last six to improve to 6-8-1 on the season.

Campbell claimed the Big South Conference championship after winning consecutive road games at Radford (3-1) and High Point (4-3) in the Big South Championship. The Camels, who are 8-3-1 overall, avenged their only two league losses in the postseason (the third loss came in the season opener at NC State).

“We still have to get better, we have to invest in the process to get ready to play Campbell to create history,” said head coach Dave DiIanni. “This group has a chance, they just created history by winning a Big Ten Tournament title and they have a chance to do it again and double down on that (to get the first NCAA win in program history).” 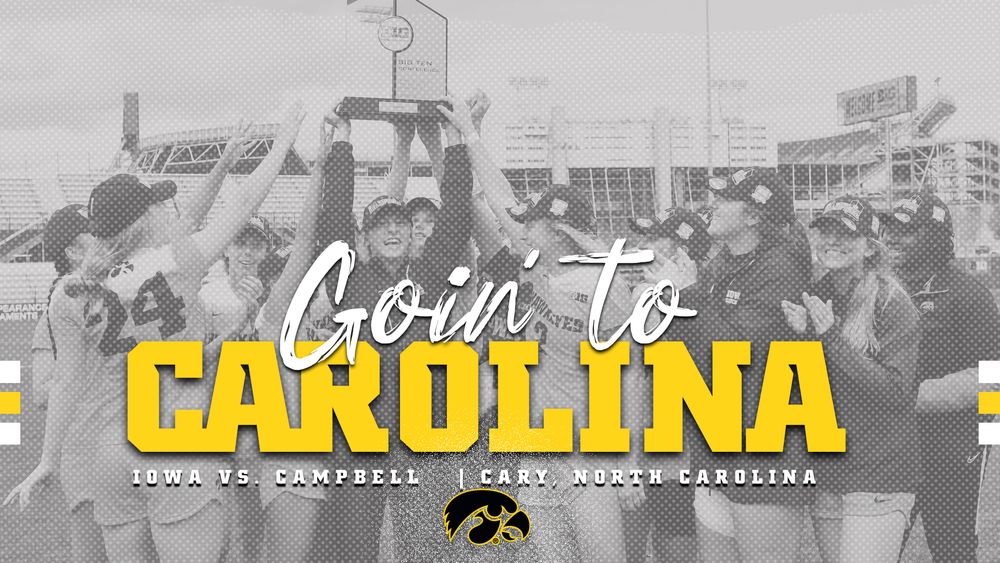