IOWA CITY, Iowa – University of Iowa freshman Alexa Noel was named Big Ten Player of the Year and Big Ten Freshman of the Year by the conference office Monday. Noel is the first player in program history to be named conference player of the year. She is the sixth player in program history to be named freshman of the year. Noel also earned first-team All-Big Ten honors and was named to the Big Ten all-tournament team.

The Summit, New Jersey, native is 23-0 this year, playing all 23 matches at the No. 1 singles position. She was 16-0 in the Big Ten and became just the third player in Big Ten Conference history to be named Big Ten Athlete of the Week four times in a single season. Noel is ranked No. 18 in the ITA singles rankings. She climbed to No. 13 at one point this season, the highest ranking of any player in program history. She has eight wins over ranked opponents.

“I am incredibly proud of Alexa and the work she has put in to have an incredible season,” said Iowa head coach Sasha Schmid. “She is unquestionably talented, but she also works and competes so hard and has earned every recognition. Winning Freshman of the Year is a great honor and being named Player of the Year speaks to the respect she has earned from the coaches in this league. To go through the Big Ten season at No. 1 singles as a freshman and be undefeated is a huge statement and an incredible accomplishment. She set high goals for her first collegiate tennis season and she is really meeting all of her expectations.” 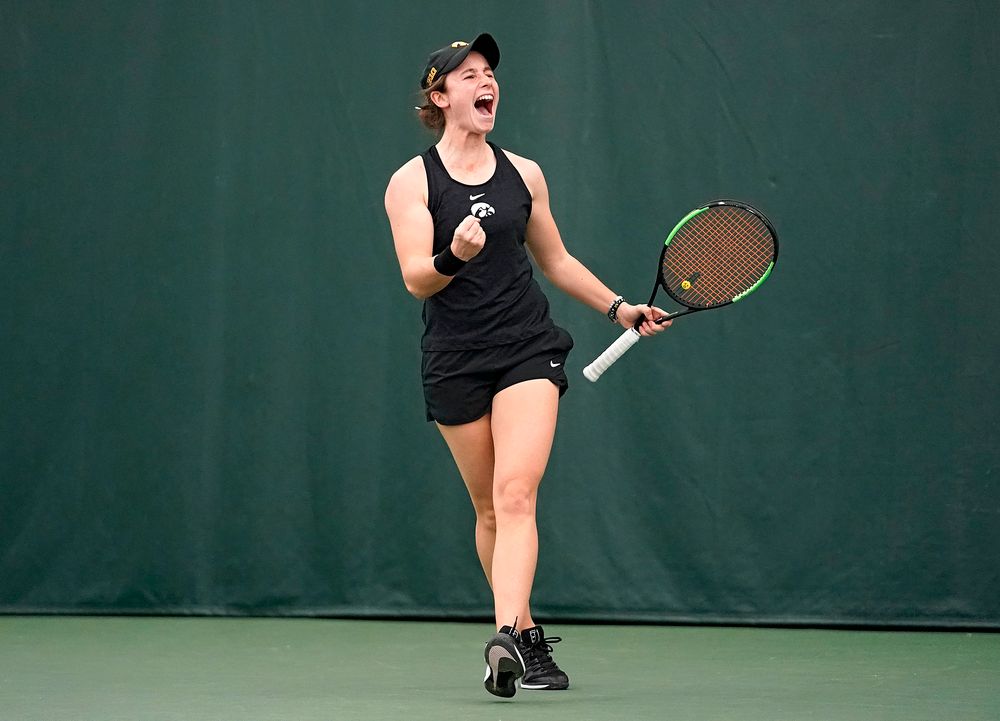 Van Heuvelen was named to the first team for the fifth time, becoming the first women’s tennis player in Big Ten history to earn five first-team All-Big Ten honors. She is 19-4 overall at the No. 2 singles spot this season. She ranks fourth all-time in program history in singles wins (95) and is second all-time in doubles wins (85). She has 180 combined singles and doubles wins, which ranks second all-time.

“I am so proud of Elise and the career that she has had at Iowa,” said Schmid. “Being named All-Big Ten five years in a row is an incredible accomplishment that has never before been done. It is an honor that is voted upon by coaches in the league, so it speaks to how highly regarded she is viewed by our competitors. They know how talented she is and really respect her tennis. She is so worthy of all of the recognition and honors that have come her way. I am so glad Elise and Alexa are Hawkeyes and a part of our women’s tennis family.”

Junior Samantha Mannix was recognized with Iowa’s Big Ten Sportsmanship Award. The complete league honors were released by the conference on Monday.