Noel Advances Past Opening Round of NCAA Championships

The match was a back-and-forth battle between Noel, a freshman from New Jersey, and Smith, a junior from Maryland. Noel took the first set 6-4, but Smith responded to win the second set and force the third-set tiebreak. Noel jumped in front 5-3 before Smith battled back to tie the score at 5-5. Noel earned the final two points, breaking Smith’s serve on the final game to advance to the second round.

“It was a really hard-fought competitive match,” said Iowa head coach Sasha Schmid. “I am really proud of Alexa for competing and getting through the match today. It is hot here and her opponent played really well. She had a great year and was a member of the final four at NC State, so she has been a hot and confident player. Alexa really had to dig in and play well. Moving forward this was a great test, and she can gain confidence from today.” 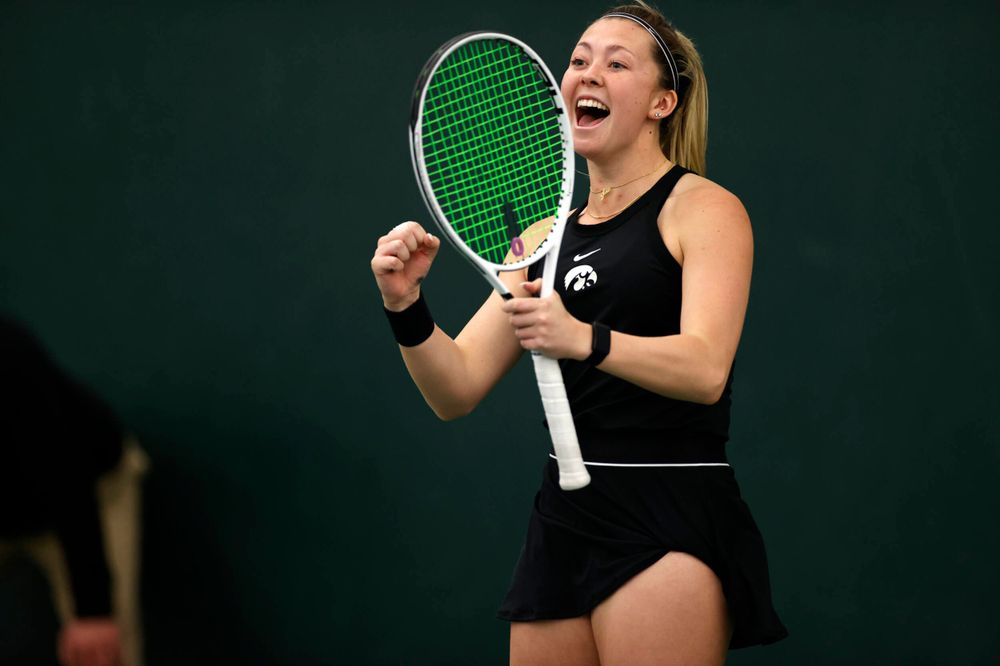 Noel advances to face Paris Corley (LSU) on Monday at 10:30 a.m. Noel improved to 24-0 and is the first Hawkeye since 2006 to advance to the second round.

“I feel pretty good getting through the first round,” said Alexa Noel. “I fought hard, and my opponent really stuck around and had great serves. It wasn’t easy, but I am proud of myself for the way I handled the break back in the third and did everything I could. I didn’t play to my potential, but shook through the nerves and am excited going forward.”

The USTA and the NCAA have partnered with the TennisOne app to be the live-streaming platform for the 2021 NCAA Tennis Championships.  The TennisOne app features every match from the individual tournament with commentary for the singles and doubles finals.

USTA will provide live scoring at the championships website.

Noel earned the Big Ten Conference’s automatic berth and a national tournament seed. The seed guarantees All-America recognition, making Noel the first All-American in program history. She is the third player in program history to make the singles draw at the NCAA Championships. Toni Neykova (0-1) played at the 2002 NCAA Championships and Meg Racette (1-1) competed in 2006.

Noel ran the table during the Big Ten season, winning all 23 matches at the No. 1 singles position. She was named Big Ten Conference Player and Freshman of the Year on May 3, becoming the first Hawkeyes in program history to each conference player of the year honors. Noel has been ranked as high as No. 13 nationally, the highest-ranking of any player in program history.