ORLANDO, Fla. – University of Iowa freshman Alexa Noel saw her historical freshman season comes to a close after dropping a three-set decision to LSU’s Paris Corley, 6-1, 3-6, 5-7, on Monday afternoon in the second round of the 2021 NCAA Women’s Tennis Championship in Orlando, Florida at the USTA National Campus.

Noel, a New Jersey native, carried yesterday’s first-round victory over to the opening set, winning convincingly, 6-1. The momentum shifted toward Corley, an LSU senior when Noel suffered an injury at the beginning of the second set.

“Really tough turn of events,” said Iowa head coach Sasha Schmid. “Alexa rolled her ankle at the beginning of the second and had to tape it up twice. I really think that injury changed the dynamics of the match. It was a little too much to overcome movement, and my heart goes out to her.” 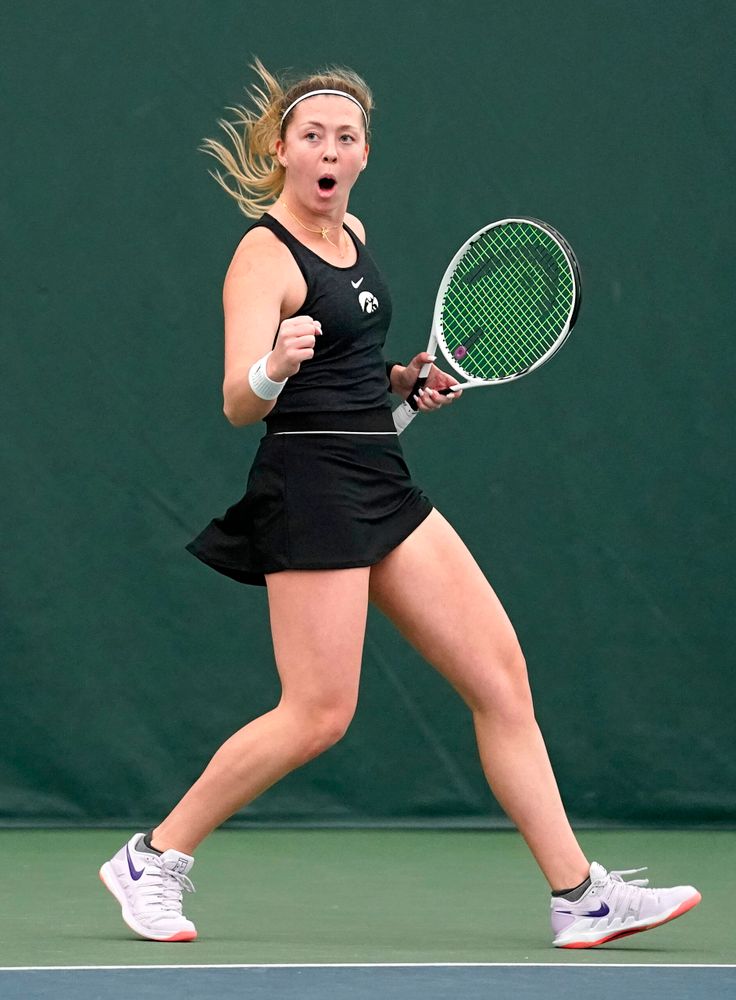 Corley took the second set, 6-4, and opened a 5-3 lead against Noel in the decisive third set, but the Hawkeye freshman came back from being down 40-0 to take the point and pull within one, 5-4. Noel tied the score at 5-5 to extend the match, but Corley won the last two games to earn the 7-5 win and advance to the Round of 16.

“Sometimes that happens in sports and it’s heartbreaking,” said Schmid, “but I am so proud of her and the season she had and really can’t say enough about what an incredible season she had for the Hawks.”

Noel finishes her freshman season 24-1 and earned a seed at the NCAA Championships, becoming the first All-America in program history.

Noel earned the Big Ten Conference’s automatic berth and a national tournament seed. The seed guarantees All-America recognition, making Noel the first All-American in program history. She is the third player in program history to make the singles draw at the NCAA Championships. Toni Neykova (0-1) played at the 2002 NCAA Championships and Meg Racette (1-1) competed in 2006.

Noel entered the tournament 23-0. She ran the table during the Big Ten season, winning all 23 matches at the No. 1 singles position. She was named Big Ten Conference Player and Freshman of the Year on May 3, becoming the first Hawkeyes in program history to each conference player of the year honors. Noel was ranked as high as No. 13 nationally, the highest-ranking of any player in program history.