THIS WEEK
Iowa hosts Purdue-Fort Wayne and Mississippi State in a two-game home stand this week. The Hawkeyes kick off at 6 p.m. (CT) on Thursday against the Mastodons, then host the Bulldogs at 1 p.m. Sunday at the Iowa Soccer Complex. Admission is free.

SERIES HISTORY
This week will mark Iowa’s first meeting with both the Mastodons and Bulldogs.

GETTING THINGS ROLING
Freshman Kenzie Roling scored in each of Iowa’s first two regular season games. Roling scored the tying goal against DePaul and the game-winner against No. 18 Saint Louis. The Waverly-Shell Rock alumnus also notched goals in each of Iowa’s exhibition wins. She leads Iowa in points (four) and shots on goal (five).

Sophomore Macy Enneking has out thus far due to injury. Enneking was the only unanimous Big Ten All-Freshman Team selection last season and earned Big Ten Tournament Most Outstanding Defensive Player accolades for allowing just one goal in four games at the conference tournament. She tallied 52 saves across 11 games and averaged a conference-best .912 save percentage, allowing just five goals in 956 minutes played. The Hilliard, Ohio native pitched shutouts in each of Iowa’s two exhibition contests this preseason. 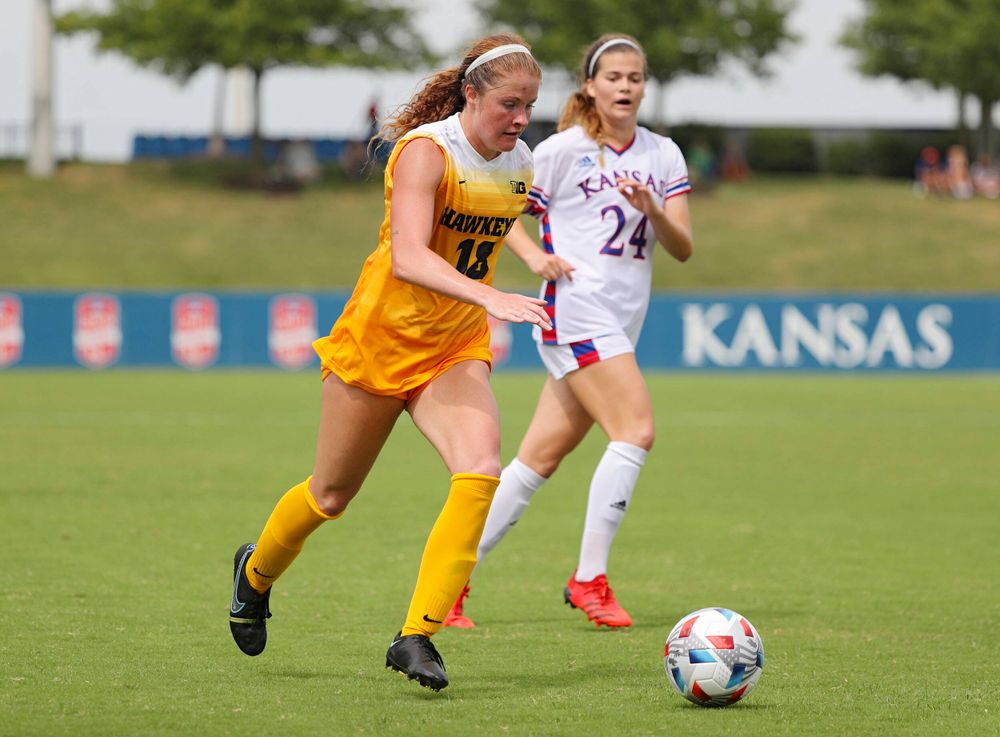 Big Ten Preseason Honors List. Iowa was picked to finish seventh out of 14 teams in the preseason

LAST WEEK
Iowa got out to a 3-0 start with a win over Iowa State on Thursday. Courtney Powell, a graduate transfer from Iowa State, scored the game’s first goal in the 22nd minute. The Hawkeyes seized the momentum, and a Sara Wheaton score early in the second half helped put the Cyclones away. Iowa was unable to escape Lawrence with another Big 12 victory, however, falling in overtime to Kansas after pitching a shutout in regulation. Iowa pitched three shutout halves last week.

Roling, a freshman from Waverly, Iowa, scored goals in each of Iowa’s wins at DePaul and St. Louis. Her first-half goal against the Blue Demons evened the score 1-1 and her first-half goal against the Billikens proved to be the game-winner in a 1-0 Hawkeye win. Including Iowa’s preseason exhibitions, Roling scored in each of the Hawkeyes’ four games. Following her Week 1 performance, she was named an honorable mention on TopDrawerSoccer’s Team of the Week.

Wheaton, a senior team captain from Chandler, Arizona, played all 90 minutes in both wins last week, leading a defense that allowed just one score and five shots on goal. The Hawkeyes shutout a nationally ranked Billikens team that was held scoreless just two times in 17 games last season.

week. The Hawkeyes have won 11 of the last 13 matchs against Iowa State.

LOOKING AHEAD
Iowa plays at Kansas City on Thursday, Sept. 9, at 7 p.m. (CT). The Hawkeyes return home the following Sunday to host Southeast Missouri State at 1 p.m. in the final competition before the start of Big Ten play.