Murray is the only player nationally to average 23+ points, 8+ rebounds, and 2+ blocks this season and one of three players from a major conference with those averages over the last decade.

Murray, who was voted to the five-player All-Big Ten Freshman Team a year ago, has tallied 20+ points 22 times and 25+ points 13 times this season, both of which rank first among players from major conferences. He has scored 30 points or more four times, the most ever by a Hawkeye underclassman (freshman or sophomore) in a single season.

Bohannon has earned postseason conference recognition for a fifth time, earning third team accolades as a junior, honorable mention honors three times, and voted to the All-Freshman Team in 2017. 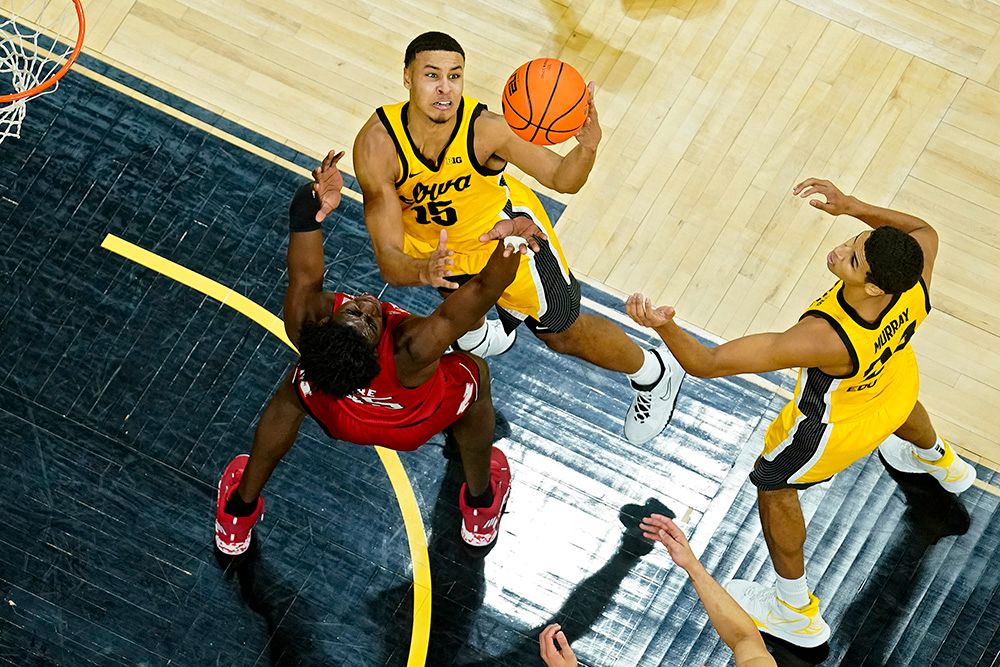 Bohannon has earned postseason conference recognition for a fifth time, voted to the third team as a junior, honorable mention three times, and voted to the All-Freshman Team in 2017.

McCaffery ranks third on the team in points per game (10.5), and fourth in rebounds (3.8) and blocks (0.5) per contest. The Iowa City native has been playing his best basketball the past month. He has netted double figures in scoring eight of the last 13 games played.

Both the media and coaches voted Greg Gard of Wisconsin as the league’s Coach of the Year. The coaches selected McConnell as Defensive Player of the Year and both groups named Ohio State’s Malaki Branham as Freshman of the Year.

No. 24 Iowa (22-9, 12-8) will open Big Ten Tournament play on Thursday in the second round versus Northwestern or Nebraska. Tipoff is scheduled for approximately 1 p.m. (CT) at Gainbridge Fieldhouse in Indianapolis.