Iowa to Meet Richmond in NCAA Tournament On Thursday

Iowa (26-9) received a No. 5 seed and will play Atlantic 10 Champions and 12th-seeded Richmond (23-12) on Thursday in Buffalo, New York, in the Midwest Region. Game time and television information will be released tonight. Thursday will be the first meeting between the Hawkeyes and Spiders.

The other two teams in Iowa’s first-weekend bracket is fourth-seeded Providence (25-5) and No. 13 seed South Dakota State (30-4).

Information on pre-tournament news conferences and open practice times will be released on Monday. 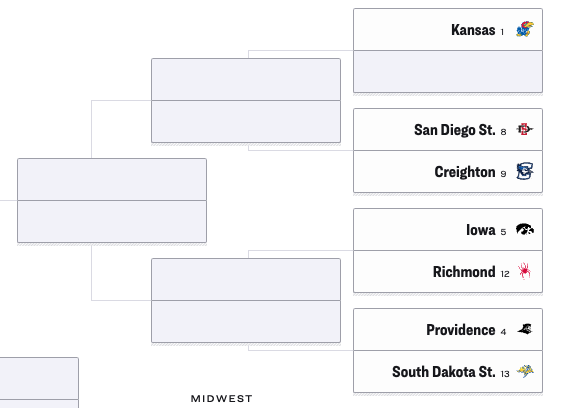 TICKET INFORMATION
The Iowa Athletics Ticket Office receives a limited number of tickets and will not have any general public ticket sales through our office. Fans are encouraged to visit ncaatickets.com for ticket availability.

• Iowa has won 26 games this season, its second highest win total in a single season in program history (30 in 1987).

• Iowa is a perfect 5-0 in games contested on neutral courts this season.

• Iowa has won 12 of its last 14 games, dating back to Feb. 6, and has been nationally ranked each of the last three weeks of the regular season.

• Eight of Iowa’s nine losses during the regular season came to teams who qualified for the NCAA Tournament.