“We are excited to have Matt Gatens rejoin our program as an assistant coach,” said McCaffery. “Matt was a respected leader on my first two teams as Iowa’s head coach. I could tell right away that he exhibited all the necessary attributes to be a successful coach. Since transitioning to the coaching profession, Matt has gained valuable experience working on the staffs at Auburn and Drake. He will have an immediate impact on our program.”

Gatens was a four-year starter for the Hawkeyes from 2009-12. His final two seasons were McCaffery’s first two as Iowa’s head coach. As a senior, Gatens and the Hawkeyes won seven more games than the previous year and advanced to postseason play (NIT Second Round) for the first time under McCaffery and the first time as a program in six seasons.

“I am thrilled and truly honored to be rejoining the Iowa men’s basketball program. I have an incredible amount of respect for what coach McCaffery, his staff and players have built in Iowa City. It’s a privilege to now work for my former coach and someone who I have looked up to since he started here 12 years ago. I’m looking forward to representing Hawkeye Nation and competing for championships in a place that I call home. I can’t wait to proudly wear the Black and Gold once again.” 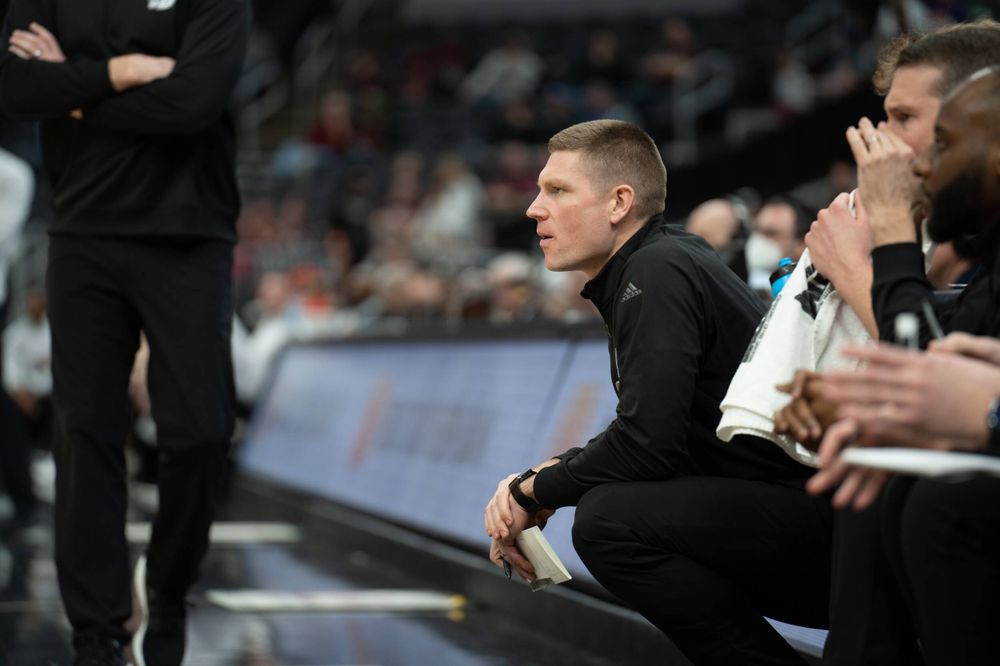 Gatens returns home as an assistant coach after spending the past four seasons (2019-22) on Drake’s coaching staff. He served as director of operations his first two years before being elevated to an assistant coach the last two seasons.

Prior to joining the Bulldogs, Gatens was on the basketball staff at Auburn, where he assisted in travel, development, scouting, video and camps for the Southeastern Conference Champions. Gatens also aided in the development of the team’s guards, including All-SEC selections Bryce Brown and Jared Harper.

Following his Hawkeye career, Gatens played professionally in France, Spain, Turkey and Ukraine. He returned to the United States to play for the Iowa Energy in the NBA Development League, but he suffered a torn ACL just five quarters into the 2016-17 season, ending his playing career.

Gatens was named Iowa’s ‘Mr. Basketball’ and the state’s Gatorade Player of the Year as a senior at Iowa City High School. He led his squad to a 4A state title as a senior in 2008 and holds the City High record for career scoring.

Gatens and his wife, Erin, are the parents of a son, Nash, and daughter, Noa.