IOWA CITY, Iowa – The second-ranked University of Iowa wrestling team won nine matches – seven via bonus points – in a 42-3 rout of California Baptist on Sunday afternoon in its season opener on Mediacom Mat inside Carver-Hawkeye Arena.

The Hawkeyes had three falls, two technical falls and two major decisions, while having a 36-2 advantage in takedowns to cruise to their first victory of the 2022-23 season.

“There were some good performances with some new faces. They did a good job,” said head coach Tom Brands. “We have to move forward, and we want to get our best lineup on the mat. That’s a lineup that looked pretty good to me and we still don’t have Real Woods or Spencer Lee on the mat.”

Iowa stormed out to a 30-0 lead in the first six matches. Junior Cobe Siebrecht pinned Joey Mora with one second remaining in the second period before No. 14 Patrick Kennedy had seven takedowns and a four-point near fall in a 20-5 tech fall victory over Mateo De La Pena.

“It was good overall,” said Siebrecht, who was making his fourth career dual start. “I think I need to start the match better. I could have gotten a couple more takedowns in the first.” 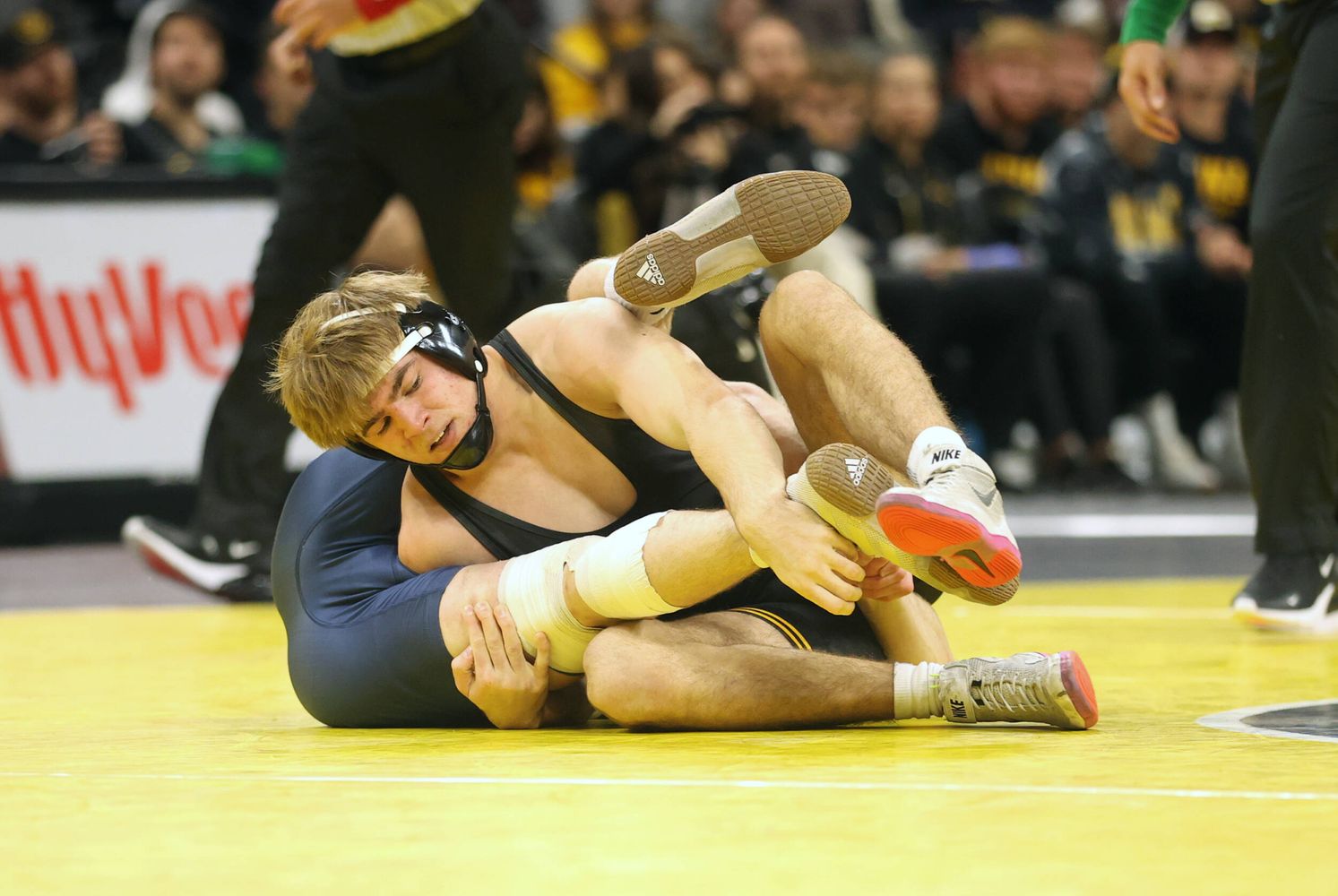 Freshman Drake Rhodes gave the Hawkeyes their third straight bonus point victory after getting a takedown with three seconds left to defeat Zach Rowe, 13-4. It was Rhodes’ collegiate and Carver-Hawkeye debut.

After No. 10 Abe Assad’s 11-4 decision over Peter Acciardi at 184, Iowa hammers No. 2 Jacob Warner and No. 4 Tony Cassioppi both recorded first-period falls. Warner dismantled Elijah Sobas in 38 seconds before Cassioppi stuck Christopher Ireland at the 2:13 mark.

After the Lancers won via decision at 125, Iowa closed out the dual with three straight wins – a 6-4 Brody Teske decision at 133 pounds over Hunter Leake, a 16-5 major decision from senior Drew Bennett at 141 and a 24-9 technical fall win from No. 7 Max Murin at 149.

“A lot of question marks got answered and it was a childhood dream to run out inside of that arena,” said Teske. “Now it’s time to stay the course, to have fun and learn and continue to grow and to win matches.”

OF NOTE…
– Drake Rhodes, Brody Teske and Drew Bennett each tallied their first career victories in Carver-Hawkeye Arena.
– Junior Cobe Siebrecht had the first fall of his Hawkeye career.
– Cassioppi’s fall was the 16th of his Iowa career – second-most on the team.
– Warner’s fall was the third-fastest of his career. He has four career falls in under one minute, including a 20-second fall during the 2021-22 season.

UP NEXT
The Hawkeyes return to action Thursday, traveling to West Point, New York, to face Army at 6 p.m. (CT). The dual will be streamed on FloWrestling.