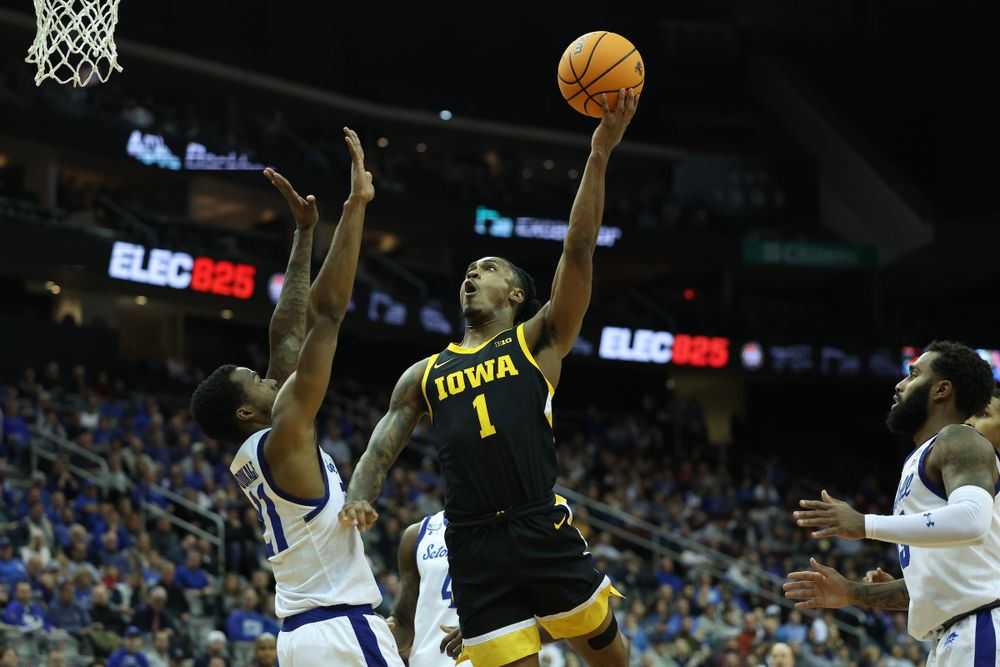 TV: Monday’s game will be televised nationally on BTN. Kevin Kugler and Brian Butch will call the action.

IOWA OVERPOWERS SETON HALL ON THE ROAD IN GAVITT GAMES

Kris Murray and Filip Rebraca each registered double-doubles in an 83-67 Iowa victory over Seton Hall last Wednesday night at the Prudential Center in Newark, New Jersey in the Gavitt Games.

Murray is averaging a team-best 18 points per game this season, he has made all eight free throw attempts, and ranks second on the squad averaging 7.5 rebounds per outing.

McCaffery is averaging 5.3 points and two rebounds per game, and has made 4-of-6 (.667) from 3-point range through three contests.