No. 2 Iowa Wins 2 Duals at Arm Bar at Armory

ALBANY, N.Y. – The second-ranked University of Iowa wrestling team went 2-0 on Friday night in front of a crowd of 1,000-plus at the Arm Bar at the Armory event in downtown Albany. The Hawkeyes downed Sacred Heart, 35-6, and Buffalo, 35-7, to improve to 4-0 this season.

Iowa won 16 of the 20 matches in the two duals and it secured bonus points in 12 matches.

“It is a good progress from last night to even the first dual tonight and into this one from a team that was as good or better than the other ones,” said associate head coach Terry Brands. “That last performance with Buffalo I was impressed with, just the way they respond.

“They are getting better, and you can see the timing come in.”

In the opening dual of the night, the Hawkeyes won eight of 10 matches – six by bonus points. Iowa won the final six matches in the dual, highlighted by No. 4 Tony Cassioppi’s third straight fall. He pinned the Pioneers’ Marc Berisha in 1:28, capping off the 35-6 win.

No. 13 Patrick Kennedy started the barrage with a 24-9 technical fall win over Aidan Zarella at 165, senior Joe Kelly used a six-point move in the first period en route to a 17-7 major decision over Ryan Bollentino at 174 and No. 8 Abe Assad scored 10 points in the third period in a 22-9 win over Hunter Perez at 184.

In his first match of the season, junior Zach Glazier was dominant at 197, notching a technical fall victory (in the second period), defeating Nick Copley, 18-3. Iowa also got a tech fall from No. 7 Max Murin at 149 as he won 20-5 just four minutes into the match over Matt Laurie. 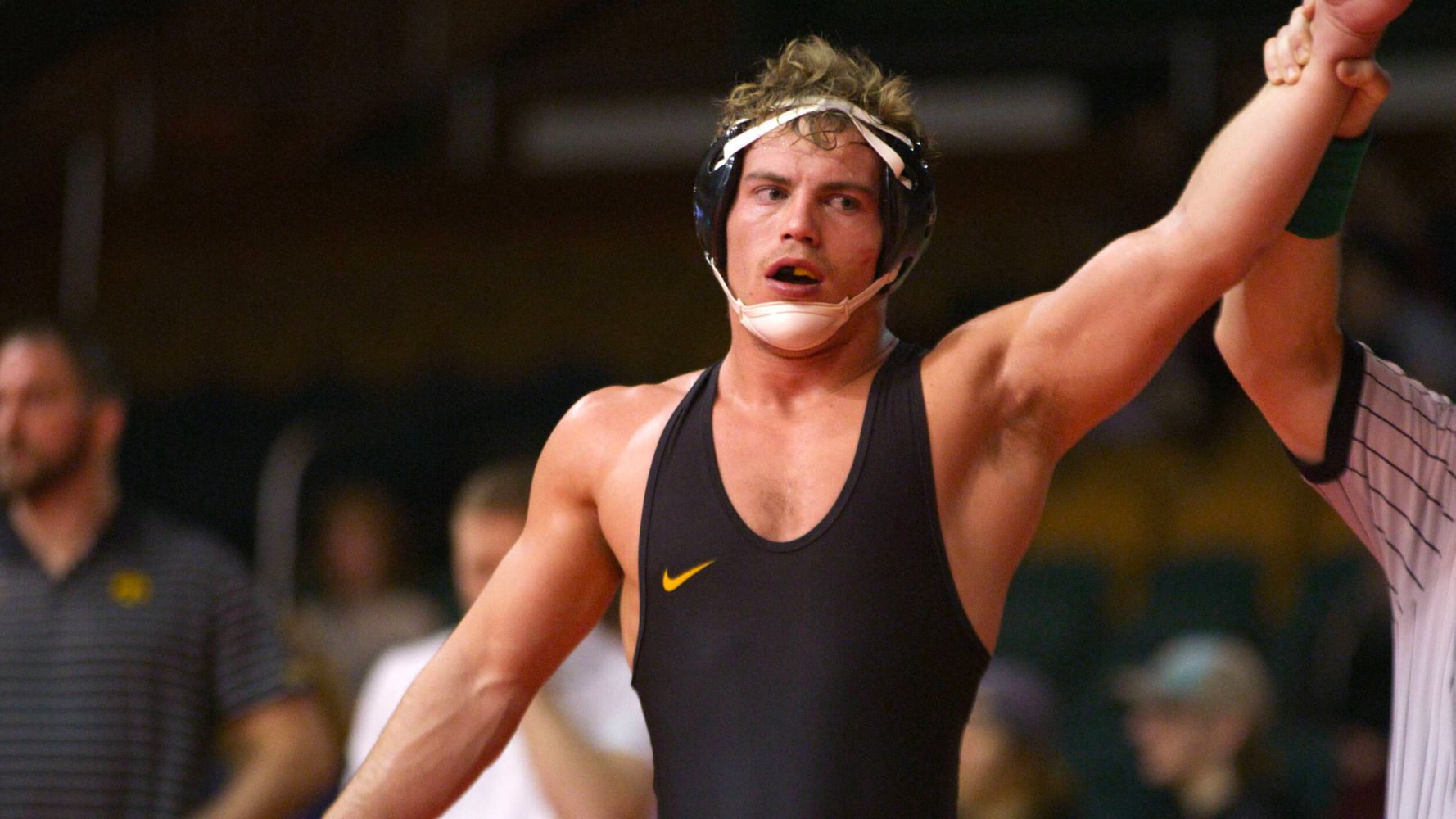 After falling behind 4-0 in the night cap against Buffalo, the Hawkeyes reeled off five straight wins before winning eight of the final nine matches.

Redshirt freshman Caleb Rathjen notched his first career win with a 6-0 blanking of Nick Stampoulus at 157 and junior Cobe Siebrecht moved up a weight class to 165, where he won by major decision, 8-0, over Noah Grover to push Iowa’s lead to 19-4.

After Kelly was on the wrong end of a 2-0 decision against Marcus Petite at 174, Assad was dominant in a battle of ranked foes. The Illinois native handled No. 32 Giuseppe Hoose, securing the technical fall by the score of 24-9.

No. 2 Jacob Warner rolled in his only match of the night, tally eight takedowns in the first period en route to a 26-8 technical fall win over Sam Mitchell. Cassioppi closed out the dual with a 53 second fall over Greg Hodulick. It was his second fall in under a minute this season.

UP NEXT
Cassioppi and Warner will travel to Austin, Texas, for the NWCA All-Star Classic on Tuesday. The Hawkeyes return to action Nov. 26, hosting No. 20 Penn at Carver-Hawkeye Arena beginning at 2 p.m. (CT).