CHATTANOOGA, Tenn. – The second-ranked University of Iowa wrestling team tallied its seventh victory of the season, downing Chattanooga, 27-12, on Saturday night in front of 2,743 fans at McKenzie Arena.

The Hawkeyes won four of the final five bouts – all with bonus points – and six matches overall.

“You have to be able to come and not ever let it come down to them being able to control the strategy or pace or dictate scoring opportunities that come or go,” said associate head coach Terry Brands. “You have to understand that.

No. 14 Patrick Kennedy put Iowa on top for good with his third technical fall of the season. The Minnesota native put up 20-plus points for the fourth time, dominating Jackson Hurst, 23-8, at 165. The match ended with 1:15 left in the third period and it gave Iowa a 13-8 lead.

After Chattanooga close the gap to 13-12 courtesy of No. 16 Rocky Jordan’s 3-1 win over No. 14 Nelson Brands, Iowa closed the dual with two major decisions and a fall. 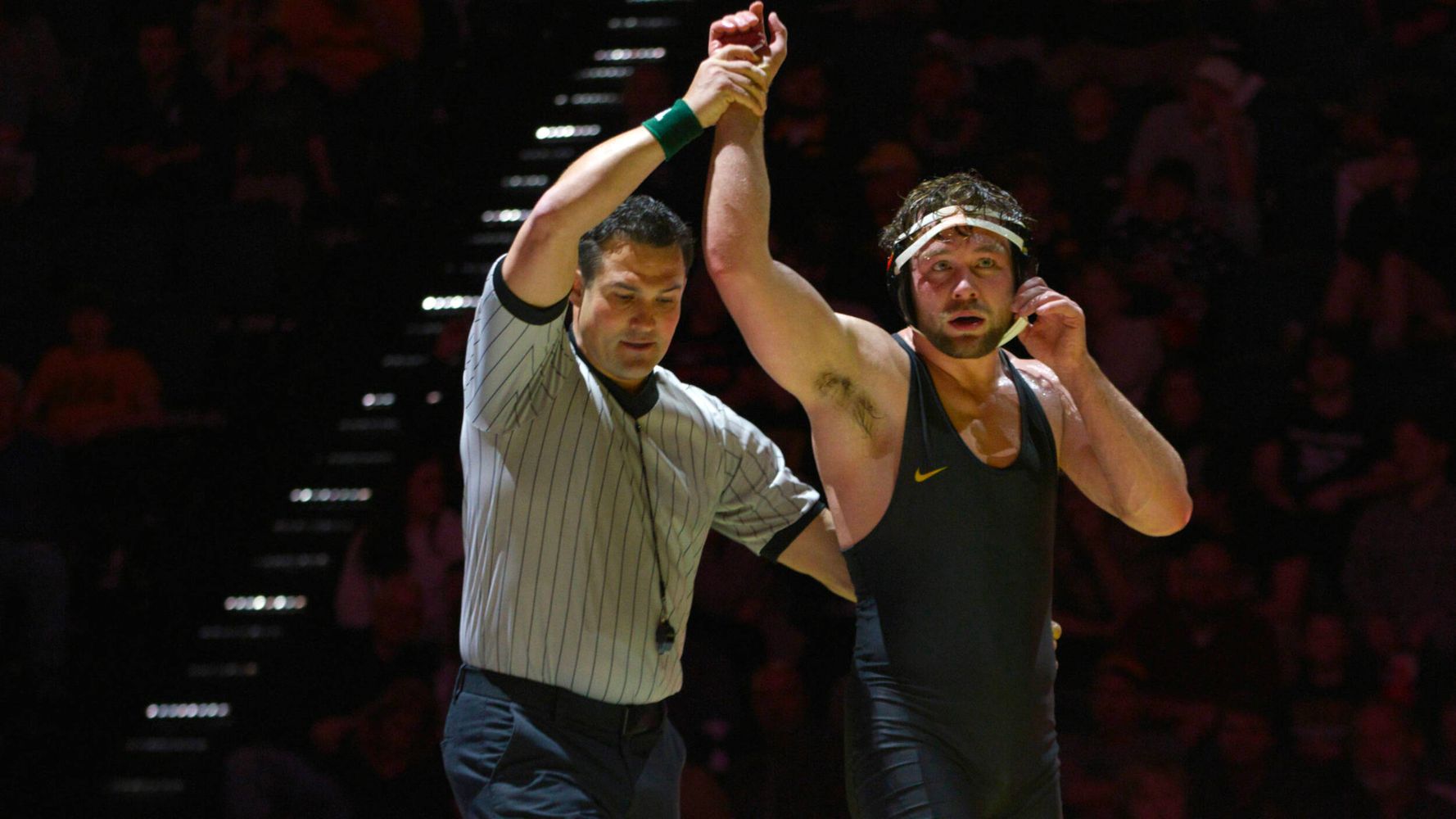 No. 6 Jacob Warner followed with a 10-1 major over Jake Boyd at 197 where he had more than two minutes of riding time. No. 3 Tony Cassioppi capped the evening with his fifth fall, as he stuck Logan Andrew in 1:15. Cassioppi is 7-0 this season.

No. 2 Real Woods opened Iowa’s scoring with a first period technical fall win over Dayne Dalrmple at 141. Woods had a takedown, three four-point near falls and a two-point near fall to end the match in 2:57.

Iowa’s final win came at 157 where No. 14 Cobe Siebrecht posted a 6-2 decision over Lincoln Heck. Siebrecht moves to 6-0 this season with five bonus point victories.

OF NOTE…
– The Hawkeyes extended their winning streak to 10 consecutive duals dating back to the 2021-22 season.
– Siebrecht moves to 6-0 this season. It was the first match he has not produced bonus points.
– Freshman Joel Jesuroga made his Hawkeye debut in the varsity lineup.

UP NEXT
The Hawkeyes will return to action on Dec. 29-30 when they compete in the Soldier Salute at Xtream Arena in Coralville, Iowa.