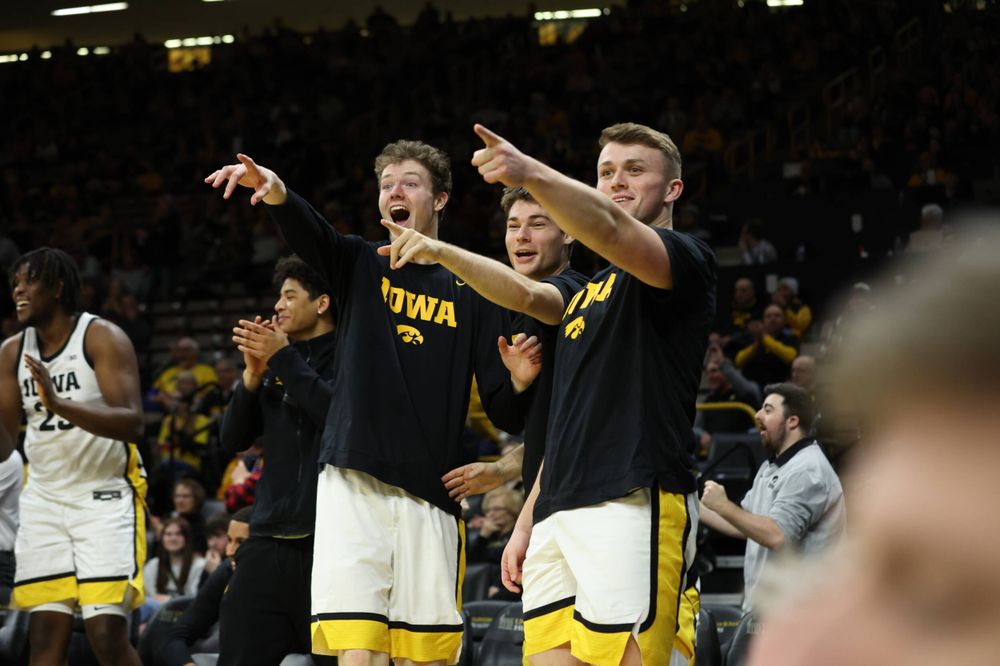 ON THE AIR
Radio: Iowa games are broadcast on the Hawkeye Radio Network. Jon Swisher will handle the play-by-play, along with color commentator Bob Hansen. The network includes more than 40 stations that blanket the state of Iowa and include portions of Illinois, Nebraska, Minnesota, Missouri and Wisconsin. The Hawkeye Radio Network coverage includes a 60-minute pregame show.

TV: Thursday’s game will be televised nationally on Big Ten Network. Jeff Levering and Robbie Hummel will call the action.

Iowa holds a 24-13 advantage in the series. The Hawkeyes have won 12 of the 18 meetings since Nebraska joined the Big Ten in 2011, including both contests last season.

Nebraska holds a 10-7 edge over Iowa in games played in Lincoln. Thursday will be Iowa’s seventh visit to Pinnacle Bank Arena. The Hawkeyes won by 10 points (88-78) on their last visit to Lincoln on Feb. 25, 2022.

A season-high six players netted double figures in an 88-78 Iowa victory at Nebraska on Feb. 25, 2022, at Pinnacle Bank Arena in Lincoln, Nebraska.

Eastern Illinois erased an eight-point halftime deficit, shooting 72 percent from the field in the second half, in a 92-83 win over Iowa at Carver-Hawkeye Arena last week.

Fifth year senior Filip Rebraca has taken his game to another level this season. Rebraca ranks first on the squad in blocks (19) and field goal percentage (.624), second in rebounds per game (8.3), and third in points per contest (14.0). He is pulling down 3.33 offensive boards per outing, third best in the Big Ten and 28th nationally. His field goal percentage (.624) ranks 23rd in the country.

Rebraca netted career point No. 1,500 in Iowa’s last outing against Eastern Illinois (Dec. 21). He has scored 376 points the last two seasons as a Hawkeye (48 games) and 1,129 points in three seasons at North Dakota.

The under-sized center (6-foot-9) has netted double figures nine times this year and posted three double-doubles, tying for seventh most in the league. He has rejected multiple shots in five games this season and his 1.6 blocks per game ranks fifth in the conference.
Rebraca earned Big Ten Player of the Week accolades after his career night against Southeast Missouri State (Dec. 17). The fifth-year senior posted career bests in points (30) and assists (6), while also snagging a game-best nine rebounds. He only missed one field goal attempt (12-of-13).

Rebraca had another stellar outing in Iowa’s last game versus Eastern Illinois. He tallied a game-best 24 points and was credited with a career-high five steals. He also snagged eight rebounds.

Murray is averaging a team-best 19.4 points and 10.1 rebounds per outing. Murray has increased his scoring average by 10.7 points per game this season compared to last year. Murray did not play in Iowa’s last three contests (Iowa State; Wisconsin; Southeast Missouri State) due to a lower body injury.

McCaffery is averaging 7.5 points and four rebounds per game, and has made 13-of-33 (.394) from 3-point range this season. He posted 14 points, bolstered by shooting a perfect 8-of-8 from the foul line, in his first start of the season on Dec. 8 against the Cyclones. He registered his first career double-double versus Georgia Tech (10 points; 10 rebounds) and notched his second double-double versus Wisconsin last this week (17 points, 10 rebounds). He did not play in Iowa’s last game (Eastern Illinois) due to a wrist sprain.

McCaffery has carried that momentum over to his junior season, netting double figures a team-best 10 times. McCaffery scored 21 points in back-to-back games a month ago versus North Carolina A&T and Clemson. He poured in a personal-best 24 points — eight in overtime — against the Badgers. He then tallied 20 points and grabbed a career-best eight rebounds against Southeast Missouri State.

McCaffery’s free throw percentage of 80 percent ranks fourth best in the conference, while his scoring average of 14.3 ranks 12th in the Big Ten.