Iowa was victorious in all eight of its finals bouts with three wins coming in Hawkeye vs. Hawkeye battles. Iowa had 18 wrestlers finish in the top six during the two-day tournament with eight champions, three runner-up, one third, one fourth, three fifth and two sixth place finishes.

“There is a lot to evaluate,” said head coach Tom Brands. “We have Illinois in eight days… we have to evaluate this and move forward. This tournament is important because it gets us right back into it. It is an important part of our schedule.”

Top-ranked Spencer Lee needed just 1:24 to claim the first title of the night at 125 pounds. He took down sophomore Drake Ayala seconds into the match, turned him for a four-point near fall and finished off the fall in 1:24.

Lee finished the tournament with four wins – all via bonus points – to run his winning streak to 43 consecutive matches. He had two falls, a technical fall and a major decision during the tournament.

Sophomore Cullan Schriever used a late second period takedown to take a 3-2 lead over Columbia’s Angelo Rini at 133 pounds. The Mason City, Iowa, native then rode out Rini the entire third period to post a 4-2 victory to claim the 133-pound title.

Senior Real Woods followed with a first period fall of Army’s Julian Sanchez at 141. Woods took down Sanchez and tilted him before getting the fall in 1:24. Woods went 4-0 with two technical falls, a major decision and a fall en route to the 141-pound title.

In an all-Iowa clash at 149 pounds, senior Max Murin downed redshirt freshman Caleb Rathjen via a 7-4 decision. Murin had takedowns in the first and third periods and secured a riding time point in the victory. Murin had two falls, a tech fall and two decisions during the tournament to improve to 10-1 overall this season.

Junior Abe Assad continued Iowa’s title run with an overtime victory over South Dakota State’s Bennett Berge at 184 pounds. The score was tied 4-4 at the end of regulation before Assad finished a takedown with six seconds remaining to post a 6-4 decision.

In another Iowa vs. Iowa matchup at 197, senior Jacob Warner prevailed, downing freshman Kolby Franklin by a 10-2 major decision. Warner posted four victories during the weekend with a fall, tech fall, decision and major to move to 11-0.

Senior Tony Cassioppi capped Iowa’s impressive tournament run with a first period fall in 2:11 over Navy’s Ryan Katka at heavyweight. In his four matches, the Illinois native was on the mat for 7:38 as he improved to 11-0 on the season with nine falls.

It is the second time this season Cassioppi has had falls in four consecutive matches.

“The pageantry of (this event) is great,” said Brands. “We want to keep building it. It was a great first year and we want to be apart of it and keep coming back. One of the great things about this tournament is it will continue to grow.” 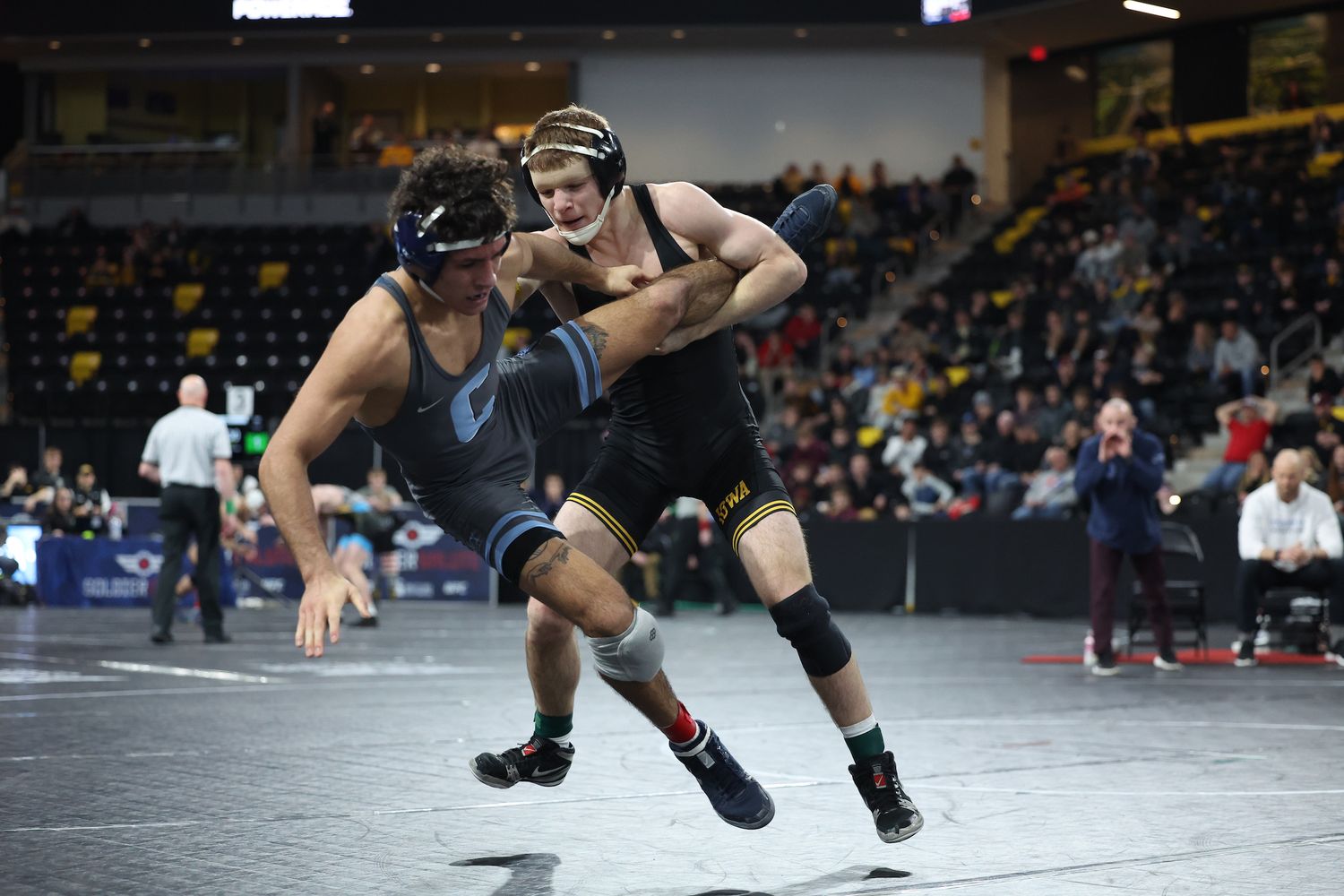 The Hawkeyes will return to action Jan. 6, hosting Illinois in their Big Ten Conference opener at 7 p.m. (CT) in Carver-Hawkeye Arena.