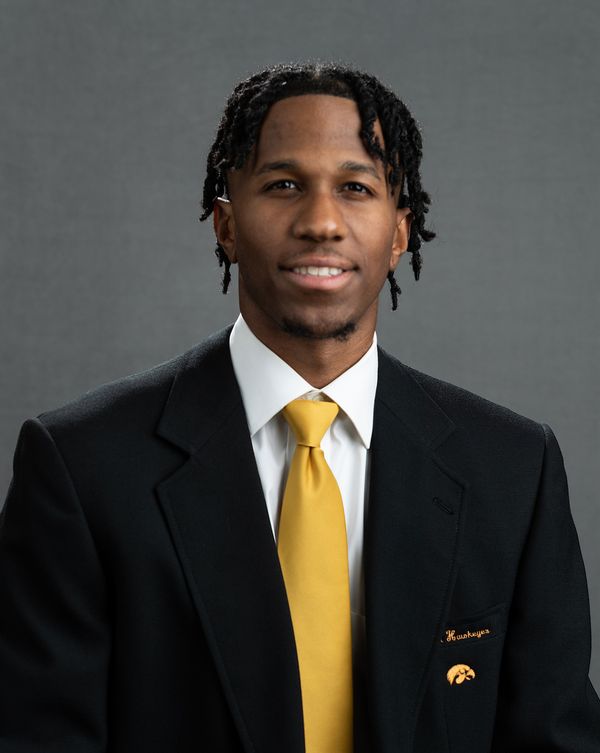 2019-20 — Competed in all 31 games… averaged 3.7 points, 2.0 assists, and 1.5 rebounds… finished the season making his final 13 free throws… netted a season-high 15 points, bolstered by draining three 3-point field goals, in win over Cincinnati… credited with four assists or more in six contests… scored eight points, bolstered by 2-of-3 from 3-point range, in regular season finale at #23 Illinois… made all seven points, including making all four free throw attempts, in the final 7:42 of the second half to help Iowa pull away from Penn State (Feb. 29)… set a season high in FGM (5) and tied a season high in points (15) and 3FGM (3) in win over #25 Ohio State… sank two clutch free throws in the final minutes in win at Minnesota… dished out five assists at Purdue… tied career high with seven assists in win at Northwestern, while adding eight points and five rebounds… season canceled by Big Ten Conference and NCAA on March 12 due to concerns of coronavirus (COVID-19)… letterwinner.

2018-19 (Valparaiso) — Competed in 32 games, including 14 starts… tied for first on the team in 3-pointers made (48), ranked second in assists (68) and fifth in scoring (8.4 ppg)… netted double figures 14 times, including nine of the first 12 games of the season… led team in steals and assists in six games, and scoring three times… led all scorers with a season-best 27 points in win at George Washington… led team with 16 points – 15 of which came after halftime – in win over SIUE, including draining jumper with 11 seconds left to force overtime… helped cement win at UNLV making 7-of-8 from the foul line over the final four minutes… recorded 13 points, a team-best five assists and four steals – matching his career high – in win over the Runnin’ Rebels… set new career highs for field goals made (10) and 3-pointers made (6) in win at George Washington… netted a team-high 10 points at Texas A&M… made big plays on back-to-back possessions late in win over Bradley, hitting 3-pointer to extend lead to eight points and then assisting on a dunk the next time down the floor… scored 13 points in regular season finale versus Evansville and against Indiana State in the MVC Tournament.

2017-18 (Valparaiso) – Missouri Valley Conference All-Newcomer Team selection… only Crusader to start all 32 games, averaged 12.6 points per game to rank second on the team… led Crusaders with 93 assists… pushed scoring average to a team-best 14.1 points per game in MVC-only play while connecting at a 42.3 percent from 3-point range… scored in double figures 22 times, including four 20-point outbursts… scored 14 points and handed out season-high seven assists in win at SIUE… recorded six assists to go with 13 points in win over Kent State… followed the next night by exploding for career-high 30 points and eight rebounds in victory over UNC Wilmington… the 30 points marked a Valpo single-game high for the season… named co-MVP of the Savannah Invitational… made a season-high five 3-pointers (5-of-6) en route to 19 points at Indiana State .. went 5-of-7 from the floor, including 4-of-5 from 3-point range, for 14 points in triumph over Southern Illinois… connected on four 3-pointers on his way to 19 points and four steals at UNI… scored 20 points in back-to-back games at Illinois State and  against Indiana State… matched season best with four steals against the Redbirds… recorded season-high nine rebounds at Southern Illinois… finished with team-best 22 points in win over Illinois State, including four 3-pointers… posted 19 points in home finale against UNI.