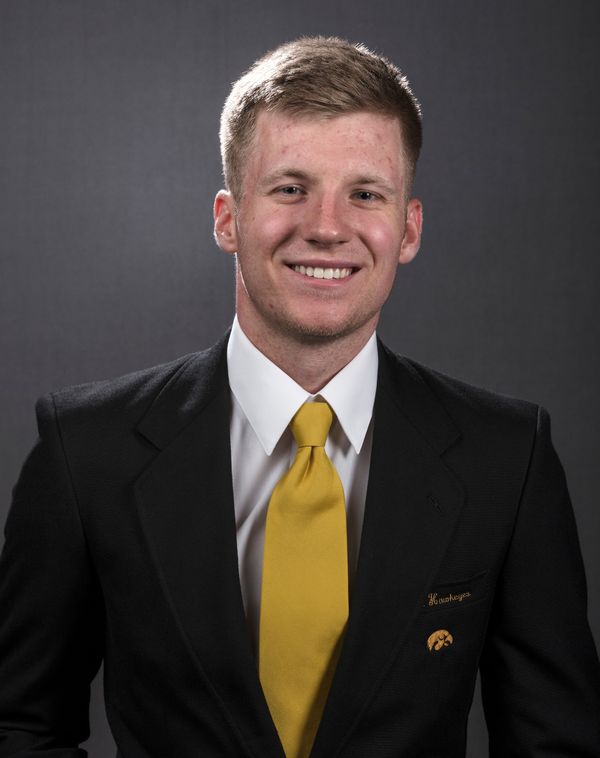 Hawk Items — Enters his senior season with eight games in double-figure scoring, including two contests reaching the 20-point threshold… missed only seven free throw attempts in his career (28-of-35)… averaged 5.3 points, 2.8 rebounds, and 1.25 steals on Iowa’s four-game tour in Europe in August, 2018.

2016-17 — Played in all 34 games… posted single-season bests in scoring (148), assists (37), rebounds (39), free throws (18), and steals (11)… made all 18 free throw attempts… his 3-point percentage (.471, 32-of-68) ranks second best as a sophomore in single season history at Iowa… netted double figures five times after reaching double digits just once a year ago… made at least one triple 17 times, including making six straight treys between Dec. 8-Dec. 28… dished out a career-best five assists in back-to-back games (at Rutgers and vs. Nebraska)… posted career bests in rebounds (4) and 3-pointers (5) in win over Ohio State… scored eight points, making both 3-point attempts and both free throw attempts in win over Delaware State… netted 21 of his career-high 23 points in the first half against Savannah State; was 7-of-9 from the field, including 4-of-6 from 3-point range, and 5-of-5 from the foul line… letterwinner.

2015-16 — Saw action in 27 games… scored 75 points… registered eight points in home win over Purdue… made at least one 3-pointer in nine games, including a career-best three against Dayton — a career-best… played double-digit minutes in 13 games… poured in a game and personal-high 20 points (7-8 FG, 1-2 3-pt FG, 5-6 FT) in 17 minutes of action in win over Coppin State… had three points, two rebounds, one assist, and one steal in victory at Marquette… tallied nine points on 3-of-5 shooting from 3-point territory against Dayton… finished with five points, making both field goal attempts, in win over #20 Wichita State… netted seven points in back-to-back victories over UMKC and Western Illinois… scored eight points on 3-of-5 shooting from the field while recording one rebound, an assist, and a steal in home win over #22 Purdue… saw limited action in NCAA Tournament game against Villanova… letterwinner.