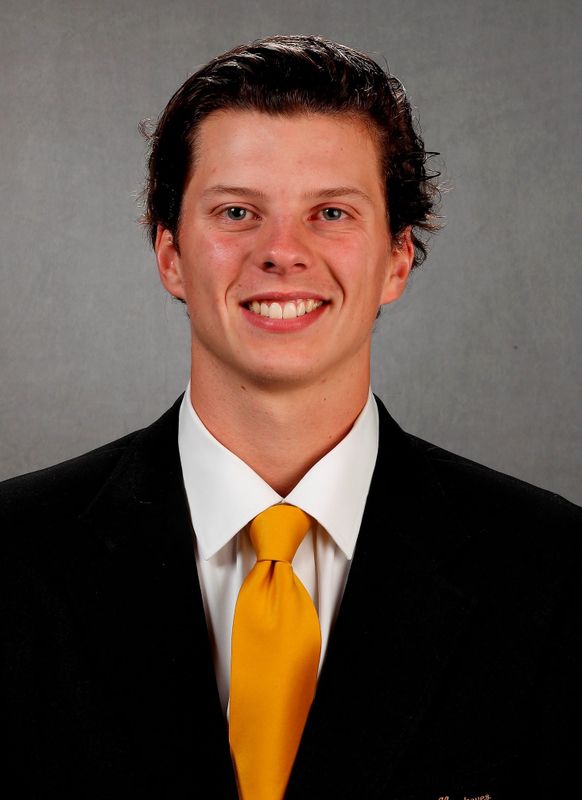 Hawk Item — Selected in the 19th Round of the 2021 Major League Baseball First-Year Player Draft by the Pittsburgh Pirates… was the 553rd overall selection.

2021 — Was primarily Iowa’s Saturday starter… went 2-5 with a 6.43 ERA over 49 innings… had 49 strikeouts to 31 walks… made 10 starts and appeared in 13 games — three in relief… tallied his second straight win, allowing one run in a seven-inning complete game against Rutgers (4/17)… scattered six hits and struck out five without issuing a walk… notched his first win and tallied his second quality start, allowing one run on two hits over a career-long seven innings against Minnesota (4/11)… had six strikeouts in the game… tallied his first career quality start, tossing six innings of two-run, three-hit ball in a no-decision vs. Maryland (3/27)… was tough-luck loser, allowing four runs (one earned) against Nebraska (3/13)… had a career-high eight strikeouts to one walk… made his first career weekend start against No. 18/21 Michigan (3/7), allowing three runs over three innings.

2020 — Season canceled by Big Ten Conference and NCAA on March 12 due to concerns of coronavirus (COVID-19)… went 1-2 with a 4.50 ERA in five appearances… had 13 strikeouts over 10 innings… earned his first win, allowing one hit over 1 2/3 inning and fanning two against Kansas (3/11) in the finalgame of the season… logged a career-high 3 1/3 innings against Army (3/8), allowing one run on four hits with four strikeouts… punched out three batters in two innings of relief in his season debut against Kent State (2/14).

High School — Ranked as a top-500 prospect nationally by Perfect Game… two-time all-state, all-district, and all-conference selection… went 8-2 with a 1.27 ERA as a senior and 9-2 with a 1.13 ERA as a junior… struck out 46 over 68 innings and issued just four walks… helped team to state semifinals as a junior and state quarterfinals as a senior… played for Iowa Sticks team from 14U-18U… high school coach was Dave Dirkx.