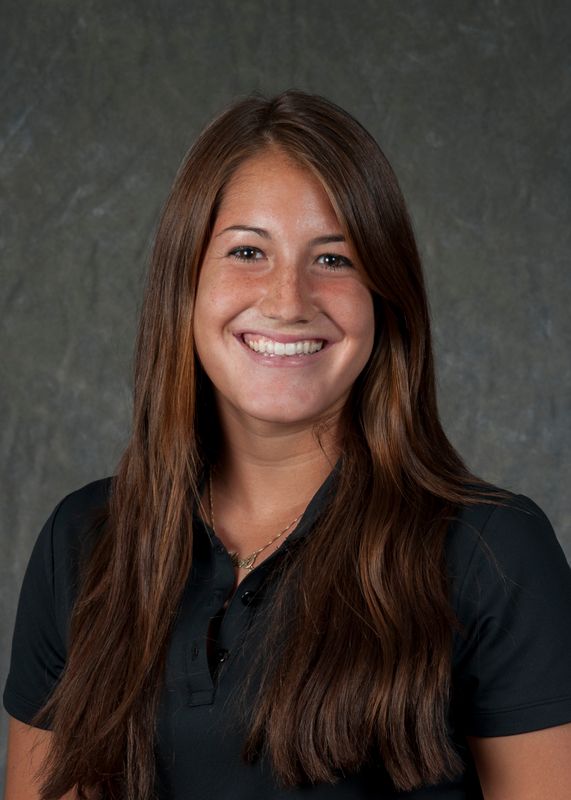 Spring 2015 — competed at the No. 5 and No. 6 singles positions for the Hawkeyes, collecting an overall dual record of 7-7… saw limited action in doubles play, recording a 9-8 record overall… letterwinner.

Fall 2014 — competed in three of four tournaments…collected a 4-6 singles record and a 6-7 doubles record…split a pair of qualifying matches at the ITA Central Regional Championships and teamed up with fellow senior Morven McCulloch to compete in the doubles main draw, posting a 3-1 record for the tournament.

Spring 2014 — competed at the No. 5 and No. 6 singles positions for the Hawkeyes, posting an overall dual record of 4-9… finished with a 6-6 record in doubles… paired up with Dohanics to defeat 75th-ranked Michigan State’s Erin Faulkner and Olga Chernova, 8-7, in the first round of the Big Ten Championships… letterwinner.

Spring 2013 — did not compete most of the season due to injury… posted a 1-1 record at the No. 6 position… paired with Christina Harazin and Annette Dohanics to finish doubles play 1-1 at the No. 3 position… letterwinner.

Fall 2012 — competed in three tournaments… posted a 4-1 singles record and a 5-4 doubles record… teamed with Annette Dohanics (4-1) to earn a spot in the Gold Doubles Flight consolation championship… the duo also advanced as far as the Black Draw Championship at the Wildcat Invitational.

High School — five-star recruit and ranked in the top 60 in country by TennisRecruiting.net as a senior… ranked No. 16 in the Great Lakes region and No. 3 in the state of Michigan by TennisRecruiting.net… finalist at 2008 Kentucky International Junior Tennis Derby… semifinalist at 2009 Midwest Open Championship and 2010 Midwest Indoor Open… quarterfinalist in doubles at 2010 USTA National Clay Court Championships… two-time all-conference, all-regional and all-state selection… led team to state championship as sophomore and freshman… won singles state championship as sophomore, posting a 28-0 record… posted 28-2 record as freshman… also received offers from ACC, Big 12, SEC and other Big Ten teams… club coach was Brian Hodge.