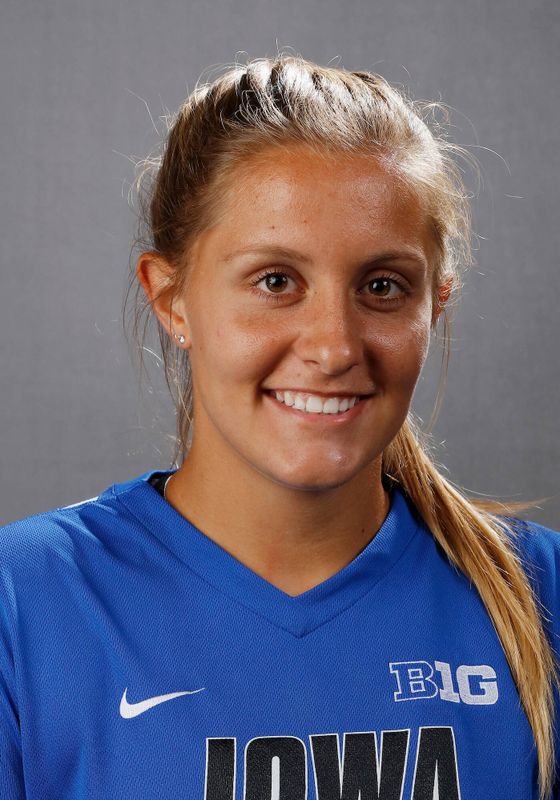 2016 Honors — Academic All-Big Ten selection. 2016 — Appeared in four games, logging 120:26 minutes… made five saves and had a 0.75 goals against average and a .833 save percentage… made her first career appearance against Colorado State (9/2), making a career-high three saves… named to the Dean’s List during the fall semester… letterwinner.

2015 — Appeared in three games on the year, including two Big Ten contests (Penn State and Northwestern)… logged 33:37 minutes and made two saves… had a 1.000 save percentage… letterwinner.

High School — Naperville Sun All-Area, Beacon News All-Area, and Chicago Fire All-State as a senior… All-Midwest and Daily Herald All-Area team honoree as a junior… all-sectional as a sophomore… honorable mention all-conference as a freshman… has 37 shutouts in 76 career games in her first three prep seasons — the second-most in school history… went 16-5-3 with 11 shutouts and a .541 goals against average as a freshman, 19-4-1 with 13 shutouts and a .583 goals against average as a sophomore, and 23-2-3 with 13 shutouts and a .357 goals against average as a junior… helped team to a third-place state finish in 2014, a sectional finalist in 2013, and a regional finalist in 2012… two-time Upstate 8 conference champions… played club soccer for the Galaxy Soccer Club, serving as team captain since 2006… won the U.S. Club Soccer National Championship, playing for FCX North Black, and the ECNL National Championship, playing for Colorado Rush… was a ODP Region 2 team member in 2011-12, the ODP Regional Camp Golden Glove recipient (2012), and on the ODP National Camp roster in 2012… also lettered in basketball, earning True Warrior Award as a sophomore and being named team MVP as a junior… High Honor Roll recipient from 2011-15… named an Illinois State Scholar in 2015 and earned the Prairie State Achievement Award in 2014… All-Academic honoree as a senior… high school coach was Julie Bergstrom… club coach was Brett Strang.