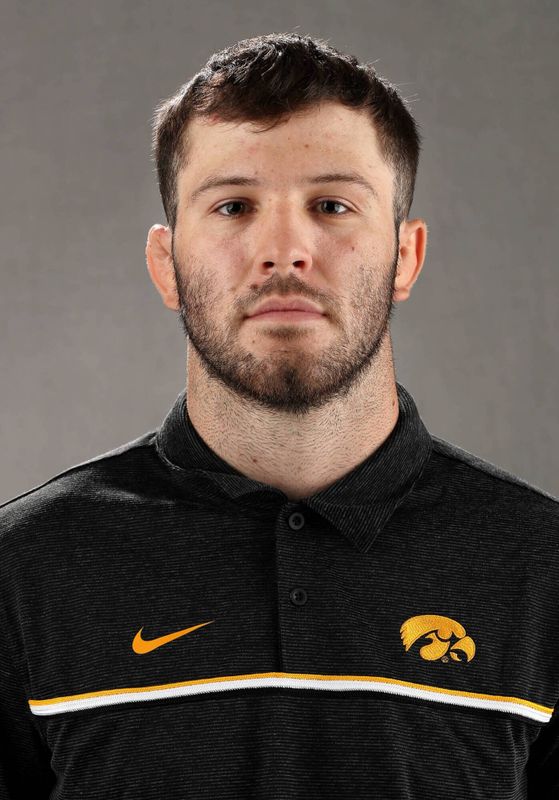 Hawk Item
• Sat out 2019-20 season with an Olympic Redshirt Joined Iowa program in 2020-21 after transferring from Missouri.

2021-22
• Posted a 19-3 overall record at 141 pounds
• Placed 2nd at Big Ten Championships and earned an automatic bid to NCAA Championships
• Went 12-1 in dual competition and 3-1 in Big Ten duals
• Scored 42 team points in dual competition
• Climbed as high as No. 2 in the national rankings
• Tied for the team lead with three pins and tallied three major decisions
• Letterwinner

2020-21
• All-American
• Runner-up at 141 pounds at the NCAA Championships, earning his fourth All-America honor
• Won the Big Ten Championship at 141
• Won the 2021 U.S. Senior Nationals to earn a berth to the 2021 World Team Trials
• Finished his season 12-1, winning his first 12 matches of the season
• Spent the season ranked No. 1 through the NCAA Championships
• Nine wins over ranked opponents, including five top 10 wins
• Led the team with six falls
• Letterwinner

2018-19
• Earned All-America status for the third consecutive season after finishing third at 141 pounds during the 2019 NCAA Championships
• Went 5-1 at the national tournament with his only loss coming to top-seeded and eventual national champion Yianni Diakomihalis of Cornell in a 6-5 decision in the quarterfinals
• Captured his third straight MAC Championship at 141 pounds after going 3-0 at the conference tournament with a technical fall and a pair of pins… named MAC Wrestler of the Year for the second consecutive season
• Named the program’s Co-Most Outstanding Wrestler
• Finished his junior season with a 28-4 overall record, including a 14-2 mark in duals and a 14-2 mark in tournament action with a combined 8-1 mark in both the MAC and NCAA Tournaments, of his 28 wins, 20 came with bonus points, including a team-high 17 pins – tied for the sixth-most in a single season in program history.

2017-18
• Named MAC Wrestler of the Year after earning All-America honors for the second consecutive season and winning his second MAC Championship, both at 141 pounds
• Named co-Most Outstanding Wrestler of the Year at end-of-the-year banquet
• Recorded a mark of 32-3, including a perfect 16-0 mark in duals, while winning 24 matches by bonus points (16 falls, three technical falls and five major decisions)
• Went 4-2 at the NCAA Championships, advancing to the semifinals and finishing fourth at 141 pounds, recording two wins over ranked wrestlers and three by bonus points

2016-17
• Recorded a record of 29-7, earning All-America honors by finishing fifth at the NCAA Championships
• Named the MAC Freshman of the Year after All-America honors and a conference title
• Became the fourth consecutive Mizzou freshman All-American, following J’den Cox (2014), Willie Miklus (2015) and Daniel Lewis (2016)… named Outstanding Freshman at the end-of-the-year team banquet
• Led team in dual falls (5) and tied for the most wins (29)
• Recorded five falls, four technical falls and seven major decisions on the season, which ranked sixth, third and third on the team, respectively… went 5-2 at the NCAA Championships, knocking off four top-10 ranked wrestlers en route to earning a fifth-place finish
• Captured the MAC Championship at 141 pounds after outscoring his competition, 34-5, in three matches
• Made the transition from 133 pounds to 141 pounds prior to the Southern Scuffle (Jan. 2), where he placed fifth following a 7-2 performance at the tournament.

Personal
• born May 2, 1006
• Parents are Heather Thurston and Mike Eierman. Has one sister, Josie
• Communications major