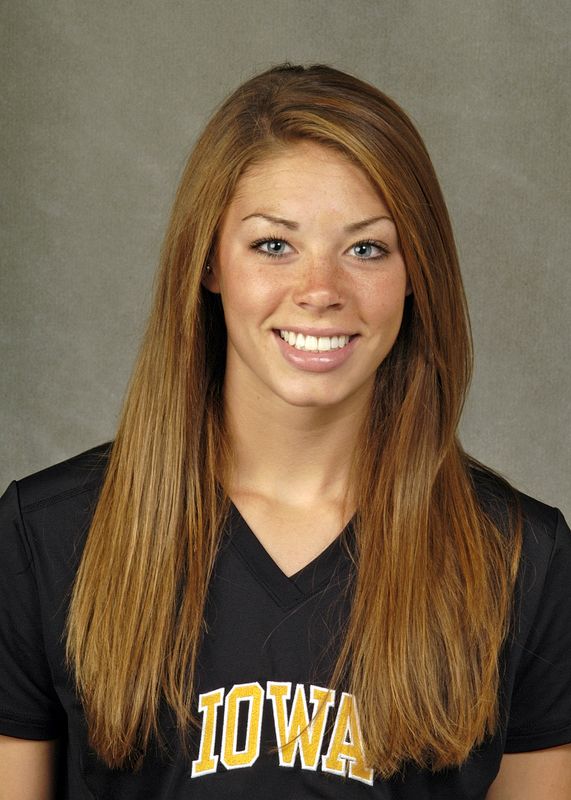 Hawk Items… Played in all 83 games in her career… amassed 56 career points on 26 goals and four assists.

2008 as a Senior… Named second team NFHCA West Region all-American…played in all 23 games, including 20 starts… ranked third on the team with a single-season best 11 goals… started in Iowa’s national semifinal game against Maryland… her 23 points rank fifth on the team… her 11 goals tied for eighth-best in the conference… helped lead Iowa to a its third-straight Big Ten Tournament title with an assist vs. Indiana in the first round and the game-tying goal vs. #10 Michigan State in the semifinals… helped lead Iowa to back-to-back NCAA Regional victories over #13 Louisville and #10 Michigan State… scored on 33.3% of her shots on goal… tallied two goals vs. Central Michigan and Michigan… had one game-winning goal (vs. Michigan)… scored multiple points in eight contests… twenty-six of her 33 shots were on goal (78.8%)… scored one goal in Iowa’s 3-2 triumph over #1 North Carolina.

2005 as a Freshman… Saw action in all 18 games and started eight as a forward… tallied 11 points on five goals and one assist… season-high two goals in 7-1 win over Appalachian State (Sept. 18).

High School… Regional all-American selection senior year… New Hampshire Class L all-state first team selection junior and senior years… as a senior captain, she led her squad to a second place finish in the New Hampshire’s largest high school class… led the team in goals her sophomore (13), junior (13) and senior (10) seasons… high school coaches were Kim McCann and Jess Brown… played on the USFHA Under-16 National Squad in 2003 that competed in The Netherlands and Australia… bronze medal squad player in 2002 and 2003 AAU Junior Olympics… 2002-2004 competed in the National Futures Tournament in Virginia Beach… member of Seacoast United club team… four-year letterwinner on softball team as a pitcher and center fielder.