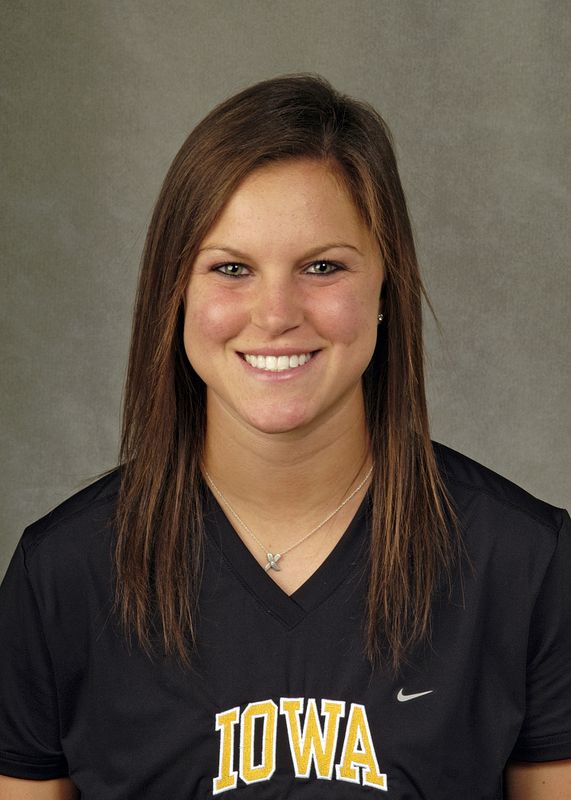 Hawk Items… Had 23 career points on 11 goals and an assist.

2008 as a Senior… Played in all 23 games, including 10 starts…saw action in Iowa’s national semifinal game against Maryland… tallied six points on three goals… accumulated 25 shots, 15 on goal… scored her three goals vs. American, Central Michigan and Michigan… helped lead Iowa to back-to-back NCAA Regional victories over #13 Louisville and #10 Michigan State.

2007 as a Junior… Started 19 of 20 games… letterwinner… recorded five goals, including three game-winners… tallied 11 points on five goals and an assist.

2006 as a Sophomore… Started 11 and played in 19 games for the Hawkeyes… collected first collegiate points in a 5-1 victory over Kent State with two goals… scored third goal of the season in a 4-3 overtime loss to No. 6 Ohio State.

2005 as a Freshman… Started two games and played in 13 games as a forward… took seven shots on goal.

High School… As a senior, she was the leading scorer with 18 goals, 19 assists and 55 points on the way to a 24-1 record… selected to the Western League first team and the California Interscholastic Federation second team in 2004… as a junior she was part of the CalCup Women’s Under-19 Division Championship squad that went 25-0… two-time selection to the San Diego Union Tribune all-Academic team… Scripps Ranch team was three-time Western League Champions and CIF Division II Champions from 2002-2004… high school coach was Jane Morrill… member of the USFHA Futures Program from 2002-2005… three-year letterwinner as a midfielder for the varsity soccer team.