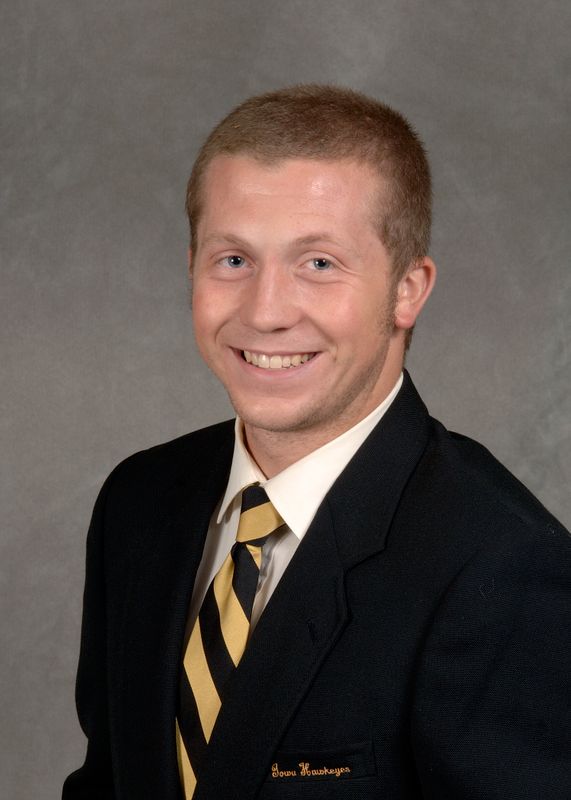 2010–Appeared in 20 games with one start… his 20 appearances ranked fourth-most on the team… his 19 appearances in relief were the third-most for Iowa… finished with a 7.71 ERA… appeared in three Big Ten contests… did not allow a walk in conference play… got lone win against South Dakota State (Mar. 31) with one inning of relief work… held opponents hitless in six relief appearances… averaged 1.9 strikeouts per walk… pitched three and one-third innings at the Big Ten Tournament allowing no runs on one hits with four strikeouts.

2008 — Appeared in 12 contests, with 11 starts… was second on the team in innings having recorded 55.2… finished with a 3-5 record… started the most games of any Iowa pitcher… pitched six solid innings and got the win at No. 6 Vanderbilt (Mar. 1)… was most successful against left handed batters allowing a .271 average… member of the Unity Council… academic all-Big Ten honoree.

2007 – Made 19 appearances, including two starts… posted a perfect 3-0 record… earned a win in his first two collegiate appearances… in his collegiate debut against Fresno State (Mar. 16), allowed two runs and five hits in four innings, striking out seven… allowed one hit and no runs in one and 2/3 innings against North Dakota State (Mar. 24)… earned his third win by allowing one run in two innings against Northwestern (Apr. 27)… earned his first-career save by allowing just one hit in 2/3 inning against Michigan (May 19).

High School – Named 2006 Kansas Pitcher of the Year and was a first team all-metro, all-county and all-state pitcher… also named first team Eastern-Kansas League, first team all-Sun Country and the 2006 all-Sun Country Player of the Year… two-time team MVP… missed his junior season after breaking his leg during basketball… went 10-1 with a 0.99 ERA and 82 strikeouts as a senior… holds school records for single season ERA (0.99), wins (10) and strikeouts (82), along with a school record career ERA… also lettered in basketball and cross country… member of the honor roll every semester in high school.