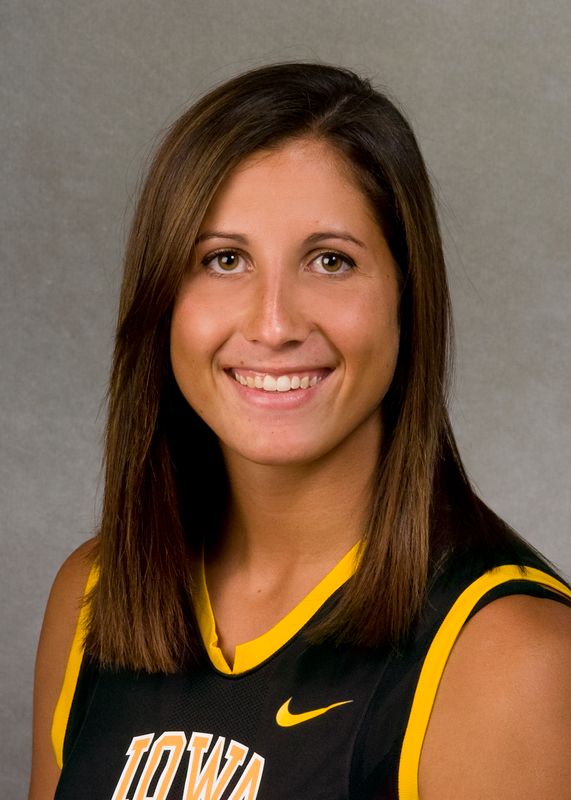 2010 as a Senior… Started all 17 games… tallied five points, recording one goal and three assists.

2009 as a Junior… Started all 19 games… amassed 10 assists, which tied team-high… tied for fifth in Big Ten Conference in assists, in all games… ranked fifth on the team in total points (16) and sixth in goals (three)… scored one game-winning goal.

2008 as a Sophomore… Played in all 23 games, including 14 starts… started in Iowa’s national semifinal game against Maryland… ranked second on the team in assists (13), tied for first in game-winning goals (4), fourth in points (29) and tied for fourth in goals (8)… tied for third in the Big Ten in assists (13), in all games… six of her 13 assists came against Big Ten competition… scored on a team-best 44.4% of her shots on goal… recorded the game-winning goal and an assist vs. Indiana in the first round of the Big Ten Tournament… posted the game-winning goal over #10 Michigan State to send Iowa to the national semifinals… helped lead Iowa to back-to-back NCAA Regional victories over #13 Louisville and #10 Michigan State… started all three games in helping lowa claim its third-straight Big Ten Tournament title… was credited with two goals and an assist vs. Central Michigan… tallied first collegiate goal at Stanford, which was also the game-winner… registered 16 shots, 13 on goal (81.2%)… scored multiple points in four contests… her 0.59 assists per game rank 30th-best in the country.