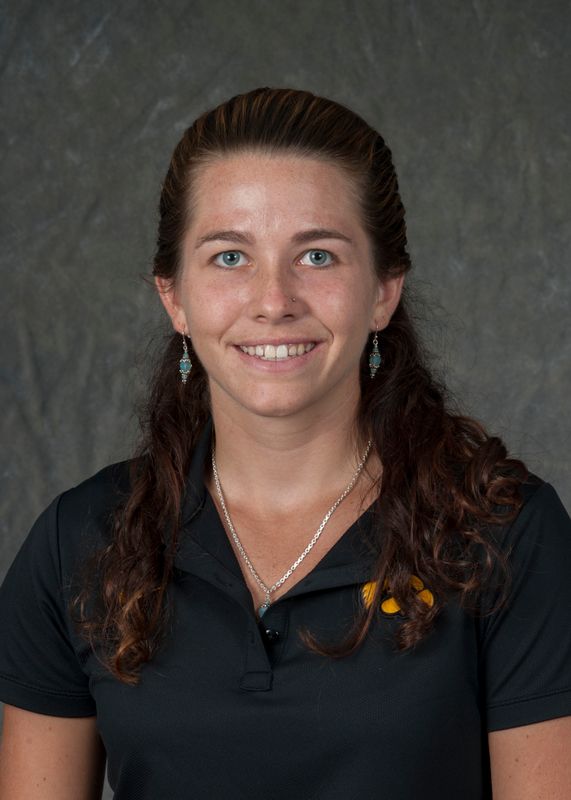 Spring 2015 — competed at the top of the lineup for the Hawkeyes, collecting a 10-3 record before being injured… ended the season on a three match win streak, most recently taking down Drake’s Mariel Ante on March 25… posted a 11-16 doubles record at the No. 1 and No. 3 slots… honored with the Iron Hawk Strength and Conditioning award for her dedication and work ethic in the strength and conditioning room… letterwinner.

Fall 2014 — competed in three tournaments, collecting a 7-3 singles record and a 4-6 doubles record…went 2-1 at the ITA Central Regional Championship, gathering two wins in the consolation bracket of the tournament.

Spring 2014 — competed at the No. 2 and No. 3 singles slot in all 24 matches… finished the dual season with an overall mark of 12-11 in singles… won both singles matches at the Big Ten Championships, including a straight-set victory over No. 22 Ronit Yurovsky of No. 17 Michigan… teamed up with four different Hawkeyes over the spring to go 10-8 in doubles overall… won six consecutive matches with Dohanics (Feb. 9 – March 14)… letterwinner.

Fall 2013 — competed in three tournaments… registered a 5-5 singles record and 2-6 doubles record… advanced to the quarterfinals of ITA Central Regionals.

Spring 2013 — competed at the No. 1 and 2 positions to post an overall record of 13-9 and conference record of 5-3… finished 6-9 in doubles, seeing action at the No. 2 and 3 positions… recorded Iowa’s lone win against the No. 57 Buckeyes with a straight-set victory over Fidan Manashirova…. Letterwinner.

Fall 2012 — competed in four tournaments… posted a 5-4 singles record and 6-5 doubles record… advanced to the Purple Draw Consolation Championship and teamed with Christina Harazin to earn the White Draw Consolation title at the Wildcat Invitational… teamed with Morven McCulloch to advance as far as the semifinals at the ITA Regionals.

Spring 2012 — competed at the No. 1 and 2 positions… posted a 7-13 dual record that included a 7-12 mark at the No. 2 spot and 0-1 record at the No. 1 position… recorded a 2-8 Big Ten record… finished freshman campaign with a 14-19 overall record… defeated No. 75 Brooke Bolender, 4-6, 6-4, 1-0 (10-4), on April 15 to earn the first win of her career against a nationally ranked opponent… played at all three doubles positions, teaming with four different partners… posted a 5-14 doubles record after opening the season with three straight wins at the No. 1 position while paired with Sonja Molnar… letterwinner.

High School — five-star recruit according to TennisRecruiting.net… ranked as high as No. 35 in TennisRecruiting.net’s national rankings… ranked No. 4 in the Middle Atlantic region and No. 3 in the state of New York by TennisRecruiting.net… was high school team MVP as a freshman… finished freshman season undefeated… won singles and doubles at the 2009 Burger King Southern Open, playing the G16 bracket… singles finalist at the 2010 Labor Day Championships National G18 … singles semifinalist at the 2009 Labor Day Championships G18… won doubles and advanced to semifinals at 2009 National Open G16… singles semifinalist at 2008 ITF Digicel Junior International G18… competed internationally in the Caribbean and Mexico… also competed in swimming and equestrian riding… National Honor Society member.