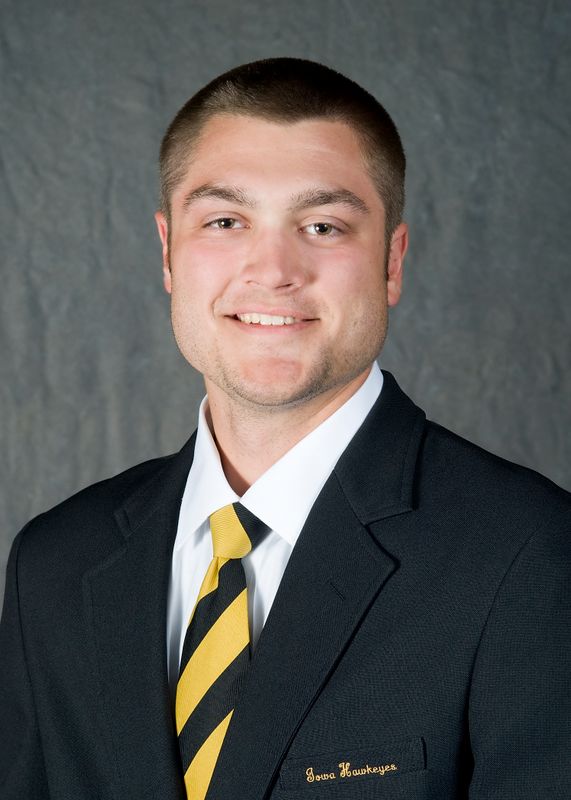 2013 — Started 25 games, 19 in right field, two in left field, one in center field, and two as the designated hitter… led the team in triples (2)… posted two five-game hitting streaks… hit .417 (10-of-24) when leading off an inning… was hit by 10 pitches, which tied for ninth in the Big Ten… hit a game-tying double in the ninth inning April 26 against Minnesota, his only hit of the series… hit .364 (4-of-11) with a triple and three RBIs against Nebraska Omaha (March 16-18)… batted .556 (5-of-9) at the Snowbird Classic, while posting a .714 on-base percentage, a .889 slugging percentage and a 1.603 OPS… went 4-for-4 with two runs and an RBI against West Virginia on March 10, setting a career-high in hits and matching a career-best in runs scored… four-hit performance was his first multi-hit effort of the season… also posted his first two extra-base hits against West Virginia (March 10), hitting a triple in the fifth inning and a double in the eighth inning… started in right field March 2 at UALR, his first start of the season.

2012 — Played in 40 games, while making 25 starts… made 10 starts in right, eight in center, five at DH and two in left… hit .159, recording 14 hits in 88 at-bats… scored 12 runs and drove in five runs… of his 14 hits, seven were extra base hits (five doubles, triple, home run)… recorded 13 walks, the third-most of any Hawkeye… swiped three bases… had a perfect fielding percentage (1.000) and 42 putouts… tallied two multiple-hit games… enjoyed a season-high reached-base streak of seven games.

2011 Honors — Named to Big Ten All-Freshman Team. 2011 — Played in 36 games with 22 starts… started 19 contests in right field and three in left… had a seven-game hit streak… recorded six multi-hit games and four multiple RBI games… batted .261 in 88 at-bats with 15 RBIs… 12 of his 15 RBIs came in league games and 13 came on April 30 or later… ranked third on the team with 10 two-out RBIs… all 10 came against Big Ten competition, the most of any Hawkeye… in Big Ten games only, batted .320 to rank second among Big Ten freshmen outfielders… batted .324 with runners in scoring position… hit .323 in home games… went 3-of-3 in stolen base attempts.

High School — Four-time all-conference honoree… named to the all-district team four times and all-state twice… four-time team captain and four-time team MVP… holds 18 season and 19 career school records, including career home runs, RBIs in a career and season, hits in a career and season and steals in a career and season… hit .500 with nine home runs, 52 RBIs and 32 stolen bases and compiled 6-1 record with two saves and boasted a 0.66 ERA with 72 strikeouts in 31 innings his senior campaign… selected to play in the Iowa All-Star Series… played in the Mariners Cup for the Chicago White Sox prospect team, played for the Iowa Select team during the fall and spring his senior year… drafted by the Philadelphia Phillies in the 41st round pick (1,251)… a four-time state track qualifier and placed fifth in the long jump… a three-year basketball starter and two-time all-conference honoree… played in the Pizza Ranch Basketball All-Star Classic… a three-year football starter… an all-state football honoree and two-time recognized on the all-district team… selected to play in the Iowa Shrine Bowl game and was selected Defensive MVP for the North… earned 15 out of a possible 16 letters and was MVP and captain of all four sports his senior year.