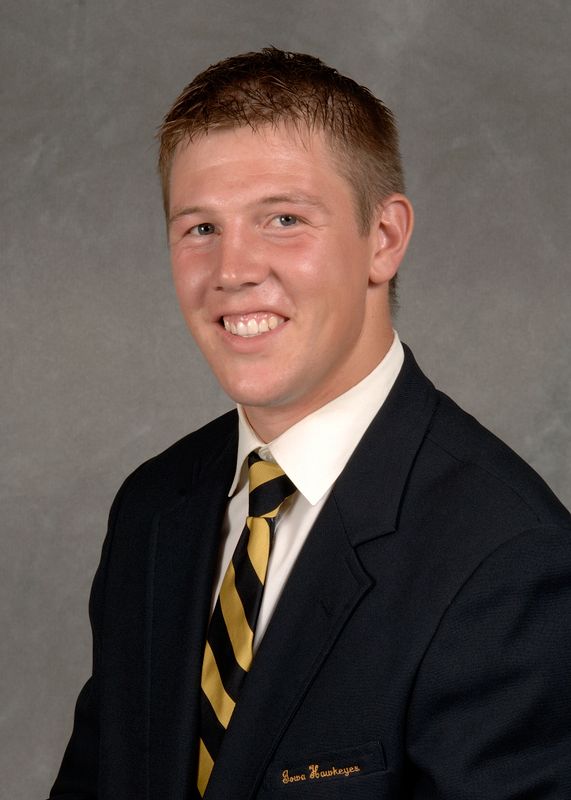 2011 Honors — Named third team All-Big Ten at catcher… Academic All-Big Ten honoree… named to 2011 Coleman Company-Johnny Bench Award Watch List. 2011 — Played in 51 games with 49 starts… started 41 games at catcher with eight at DH… his 49 starts ranked as fourth most on the team… started all 24 Big Ten contests… led Iowa and tied for second in the Big Ten with 18 doubles, which ties for the fourth most in a single season in school history… ranked second among conference catchers with a .306 batting average in all games and a .322 average, in conference game only… was one of the best catchers in the conference, throwing out 20 runners attempting to steal… tallied a season-high four hits (4-for-5) against Gonzaga (Mar. 19)… finished second on the team with 16 multi-hit games and tied for fifth with four multi-RBI contests… hit .314 at Duane Banks Field… Iowa’s best hitter with bases loaded (.750)… totaled nine two-out RBI… had a season-high 10-game hit streak… tallied three three-hit games… tied for second on the team with a .415 slugging percentage… started all 24 conference games… ranked third on the team with nine stolen bases.

2010 Honors — Academic All-Big Ten selection. 2010 — Played in 50 games with 48 starts… started 43 games at catcher with five at DH… his 48 starts ranked as fifth most on the team… hit a solid .298 in conference play… led all Big Ten catchers in stolen bases (4)… hit his first career homer against Purdue (May 22) in the regular-season finale… led team in hit-by-pitches (9)… drew the fourth-most walks of any Hawkeye (19)… finished with the fifth-most doubles on the team (9)… collected the fifth-most two-out hits on the team (12)… longest hit streak was seven games… compiled 14 multiple hit contests… amassed five multi-RBI performances… finished the season in the six-hole, hitting there 29 times.

2008 Honors — Academic All-Big Ten selection. 2008 — Played in 37 games, with 36 starts… finished the season with a .323 batting average… was 3-for-4 with a run scored, two RBI, two doubles and two walks against Minnesota (May 4)… hit .389 in the conference… had the team[apos]s fourth-highest on base percentage (.442)… was third on the team in doubles (10)… recorded seven multi-hit games… had four multi-RBI games… longest hitting streak was eight games… hit in six different spots of the line-up… tied for most doubles in a conference game with two against Minnesota (May 4)… hit .357 against left handed pitchers… was most successful from the batters box in the second inning having hit .500 on the season… was 1-for-1 pinch hitting with a double… recorded no errors in non-conference games… played catcher, left field and DH… had a .391 average with no runners on… played through an injured thumb, hamstring and MCL throughout the season… member of the Unity Council.

2007 — Saw action in 10 games, including six starts… picked up his first collegiate hit against North Dakota State (Mar. 25), going 1-of-3 with a runs scored and two RBIs… member of the Unity Council.