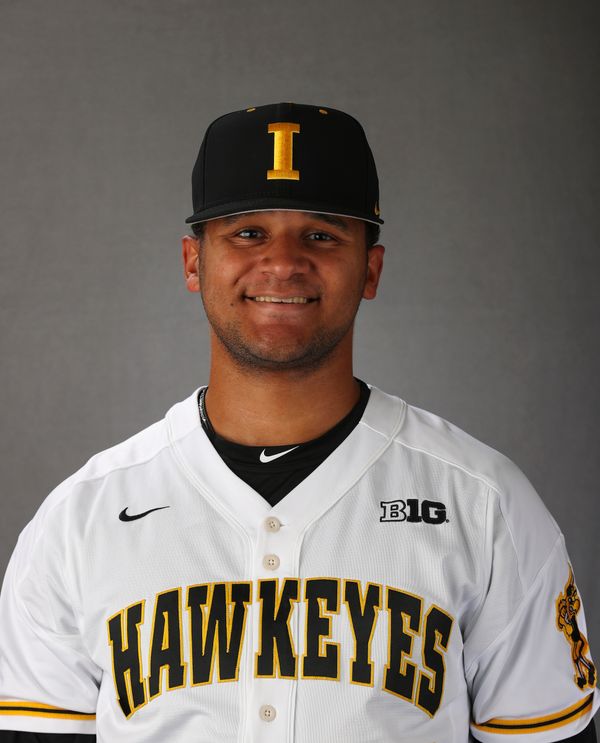 2022 — Went 0-0 with a 0.00 ERA in two appearances… had three strikeouts (to five walks) over 1 2/3 innings… made his season debut against Cornell College, striking out two as part of a combined shutout.

2021 — Went 0-0 with a 4.50 ERA in six appearances… allowed five runs (three earned) on six hits over six innings… had eight strikeouts to seven walks… logged a career-high 2 1/3 innings against Illinois, fanning four… pitched one inning in Iowa’s combined shutout of Minnesota (4/11)… made his Iowa debut against No. 18/21 Michigan, striking out two in one scoreless inning… rated as the No. 29 “Impact Freshman” in the Big Ten by D1Baseball… pitched in the Appalachian League in the summer of 2021.

High School — Top 500 prospect by Perfect Game… ranked as the 16th-best player in Missouri by Perfect Game and the No. 6 RHP… ranked as the 11th-best player in Missouri by Prep Baseball Report and the No. 3 RHP… participated in the Elite Development Invitational, sponsored by MLB/USA Baseball… first-team all-conference as a junior after posting a 1.22 ERA with 78 strikeouts to 19 walks over 46 innings… three-time Honor Roll and Scholar Athlete honoree… Renaissance Award recipient for academic achievement… three-year volunteer for Hoops and Bats Camp for kids in fifth through eighth grades… high school coach was Dave Wiggins… played under Rich Minda for St. Louis Naturals.