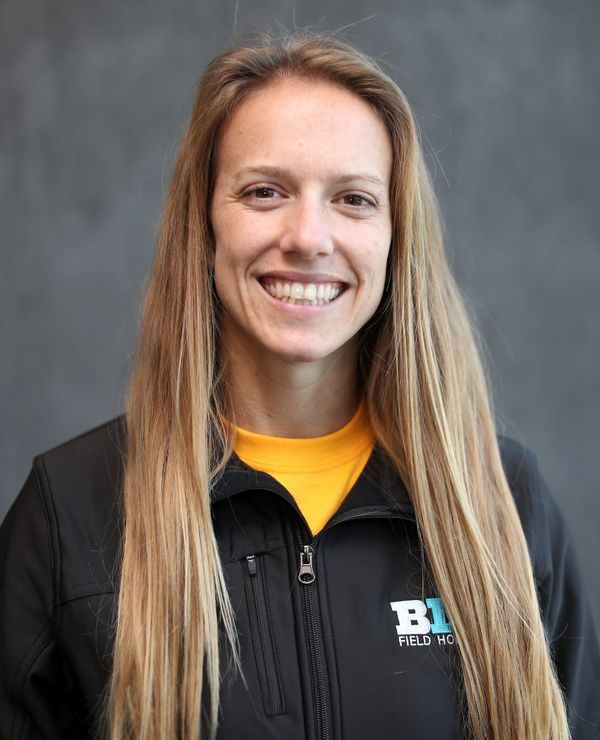 Roz Ellis is in her third year as assistant coach at the University of Iowa.

Ellis was the associate field hockey coach at Temple University since 2015. Prior to coaching at Temple, she was an assistant coach at the University of Louisville for a year in 2014 where the Cardinals finished 15-6 and made the NCAA Tournament.

Before coaching at Louisville, Ellis was the top assistant field hockey coach at the University of Massachusetts. In her three years at UMass (2011-14), she helped build a field hockey powerhouse in the Atlantic 10 Conference. In 2012 and 2013, she helped lead the team to a 34-14 record, including two A10 Conference Championships and two NCAA Tournament Appearances.

Her coaching career began at Appalachian State University in 2009 as an assistant coach, followed by a one-year stay at Wake Forest University as a volunteer assistant coach where the Demon Deacons made the NCAA Tournament.

Before coaching, Ellis had a standout career while playing at the University of Iowa from 2005-08. In four years, she started all 83 games of her career, scored 14 goals on 53 shots, and recorded 11 assists. As an anchor of the Hawkeye defense, her play on the pitch garnered many notable accolades.

Following her collegiate career, Ellis was a member of the Women’s National Championship Tournament (HPC) from 2006-2011 as well as the Old Alexandra Club in Dublin, Ireland, in 2010.

Her coaching experience experience extends beyond the college ranks. Ellis gained USA Field Hockey Level 2 Coaching Certification in 2011 and 2017 and was a part of the Level II Women’s National Team Coaching Forum from 2014-17.

Most recently, Ellis was an assistant coach for the USA Field Hockey Women’s National Development Team in 2017-18.

A Lewisburg, Pennsylvania, native, Ellis graduated from the University of Iowa in 2009 with a bachelor  of arts degree in English. She has four older siblings — Josh, Lauren, Erin, and Evan — and is the daughter of Darcie Hostetler and Peter Ellis.