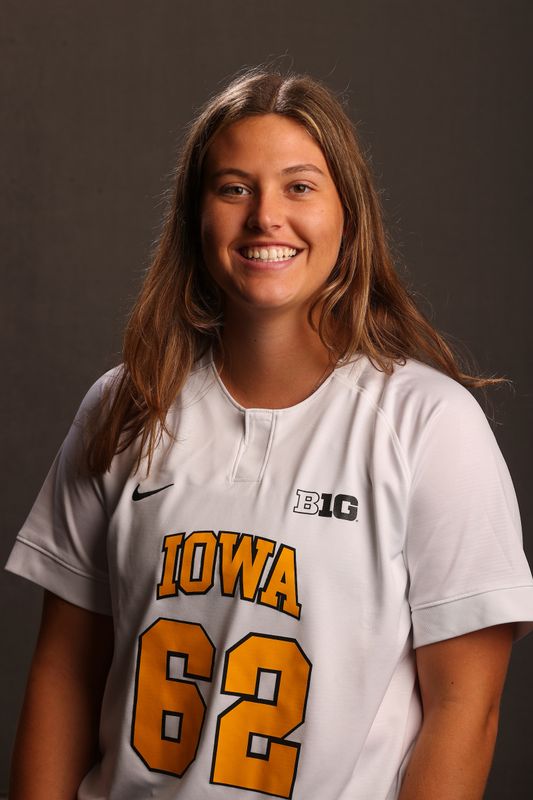 2021 Honors – NFHCA Second-Team All-American… NFHCA First-Team All-West Region honoree… second-team All-Big Ten selection. 2021 – Started all 20 games, making 46 saves and posting and NCAA-best 11 shutouts… posted a 17-3 overall record… had a 0.75 goals against average and a .754 save percentage… led the Big Ten and ranked second nationally in goals against average… posted a school record eight consecutive shutouts from Sept. 4-26… didn’t allow a goal in 561:03 minutes from the second quarter against No. 1 North Carolina on Aug. 29 to the fourth quarter of the Oct. 1 game at No. 6 Rutgers… made a career-high nine saves against No. 1 North Carolina (8/29)… made four saves in the double overtime victory over No. 2 Michigan (10/15)… stopped four of the five Wolverine shots during the game-deciding shootout.

2020 — Started all 18 games, registering 35 saves and eight shutouts… helped the Hawkeyes hold opponents to 0.78 goals per game, 89 total shots, and zero penalty strokes made on the season.

2018 — Did not participate in any game action due to an ankle injury.

Personal — Majoring in art and criminology, law and justice.