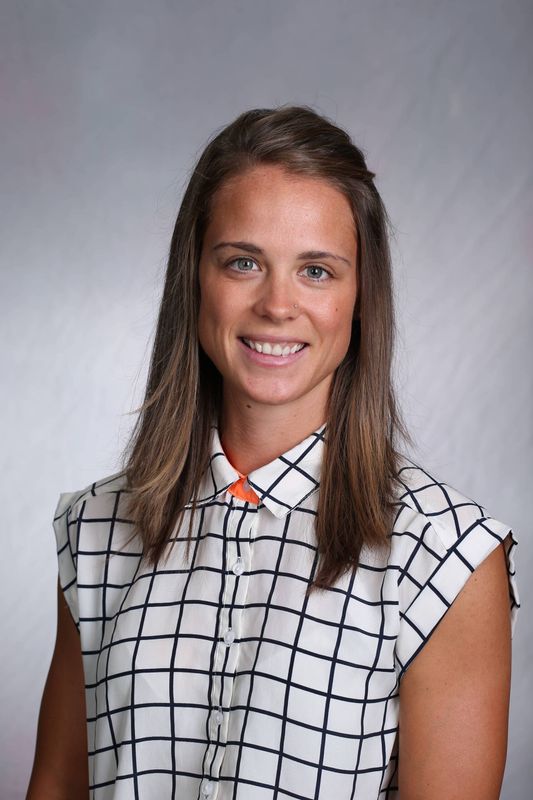 University of Iowa graduate and former Hawkeye All-American Jess Barnett is entering her second season as an assistant coach with the field hockey program.  She was named to her position in July, 2021.

The Hawkeyes hosted NCAA Sweet 16 games at Grant Field for the first time since 1999 and finished the year in the Elite Eight for the 20th time in program history.  The team finished the year with a 17-3 overall record.

Barnett was honored as Iowa Athletics Female Athlete of the Year in 2011 and 2012. She was also a two-time team captain and named team MVP her sophomore, junior, and senior seasons. In 77 career games, Barnett scored 27 goals and registered seven assists, while anchoring the Hawkeye defense.

Following her collegiate career, Barnett was a member of the Canadian National Team where she won bronze in the 2013 Pan American Cup in Argentina and garnered over 40 international caps with Team Canada.

Barnett returned to Iowa City after serving as an assistant coach at Yale from 2016-21. She began her coaching career in 2014 with Field Hockey Canada, assisting in their Junior National Program.  In 2015, she returned to the Hawkeyes as a volunteer coach for the 2015-16 season before beginning her tenure at Yale.

In her first season with the Bulldogs, she helped the program double its win total from the previous season. In her second and third seasons, Yale continued to best its win total each year. The team ended its 2019 season, winning five of their final six games.

Barnett graduated from the University of Iowa in 2013 with a bachelor’s degree in communication studies.