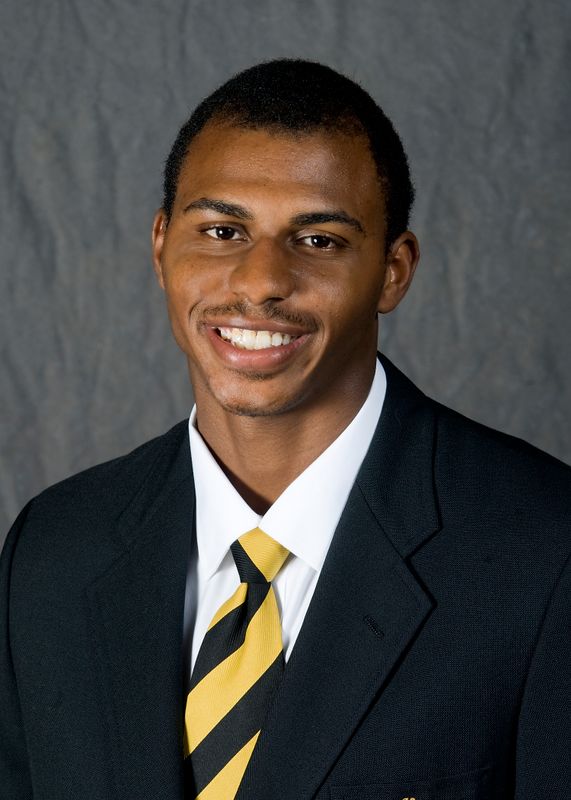 Hawk Items – – Represented the United States on the East Coast All-Star Team that competed in Estonia in August 2011… averaged 6.8 points and 2.5 assists with the East Coast All-Stars… posted two career double-doubles… became only the sixth Hawkeye to lead the Big Ten (2011) in assists since 1975… one of only three Hawkeyes to ever dish out 10 or more assists in back-to-back games (Cal Wulfsberg in 1976 and B.J. Armstrong in 1989)… one of only two Hawkeyes to ever be credited with eight assists or more in four-straight games (Andre Woolridge in 1994-95)… one of two Hawkeye point guards to ever collect eight assists or more in nine games in a single-season (Andre Woolridge in 1997)… one of only two Hawkeyes to ever average better than 10.5 points and 5.8 assists in a single-season (Andre Woolridge in 1995, 1996 and 1997)… became first Hawkeye to ever lead the team in scoring (14), rebounding (7) and assists (6) in a Big Ten Tournament game (vs. Michigan State)… his 182 assists from last season rank as the fifth most in a single-season at Iowa.

2011-12 – – Team co-captain… played in 32 games, starting 17… averaged six points, 2.4 rebounds and a team-best 4.8 assists… scored in double figures seven times… dished out five assists or more 18 times, including 12 of the last 16 contests played… posted his second career double-double with 12 points and 10 assists to go along with a personal best four thefts in second round NIT game at Oregon… named Big Ten Player of the Week by the websites College Sports Madness and NetScouts Basketball on Jan. 2… missed three games due to injury (Northern Iowa – hamstring; Penn State and Indiana – ankle)… led the team or shared the team lead in assists 14 of the last 16 contests played… credited with 74 assists the last 12 games played (6.2 avg.) and 31 assists the last four games (7.8)… ranked second in Big Ten assists (4.8) and sixth in assist-to-turnover ratio (1.9)… ranked 70th in the country in assists (4.8)… collected a game-high six assists to go along with 12 points in win over NC A&T… dished out nine assists in only 19 minutes of action in win over Northern Illinois… notched 12 points, all in the second half, and had three assists in win over Drake, making a career-best eight free throws (8-of-8)… distributed a game-high eight assists in the win over Central Arkansas… netted a season-high 17 points and dished out a game-high five assists in win at #11 Wisconsin… had a game-high five assists in win over #13 Michigan… collected a team-high eight assists at #16 Indiana, to go along with eight points… tallied six points, four rebounds and four assists in home win over Minnesota, including making the two go-ahead free throws in the closing minute… recorded a career-high seven rebounds and equaled a season high with 17 points in home win over Penn State, to go along with a team-high five assists… netted 11 points and four rebounds to go along with a team-high five assists in win at Nebraska… registered team-high eight assists, while scoring six points and grabbing six rebounds vs. Northwestern… had seven assists in Big Ten Tournament win over Illinois… had six assists against #8 Michigan State in Big Ten Tournament quarterfinal game… credited with a career-best 11 assists in NIT first round win over Dayton, marking the most for an Iowa player in an NIT game… letterwinner.

2009-10 (Paris JC) – – averaged nine points and 3.5 assists in helping lead his team to a 27-6 overall record while winning the Region XIV North Zone title with a 17-3 mark… averaged 15.7 points, 3.3 assists and 2.3 rebounds in three contests en route to a runner-up finish at the Region XIV Tournament.

2008-09 (Fresno State) – – competed in all 34 contests, starting 20… averaged 4.9 points, 3.2 assists, 1.8 rebounds and 0.8 steals per contest… led the team in free-throw percentage, making 34-of-46 attempts (.739)… ranked second on the team in assists, and boasted the sixth-best assist/turnover ratio (1.6) and ninth-best assist average in the conference… netted double figures six times, including a career-high 20 points in a thrilling 90-87 overtime triumph at Cal Poly… averaged 5.4 points and 2.9 assists against league competition.