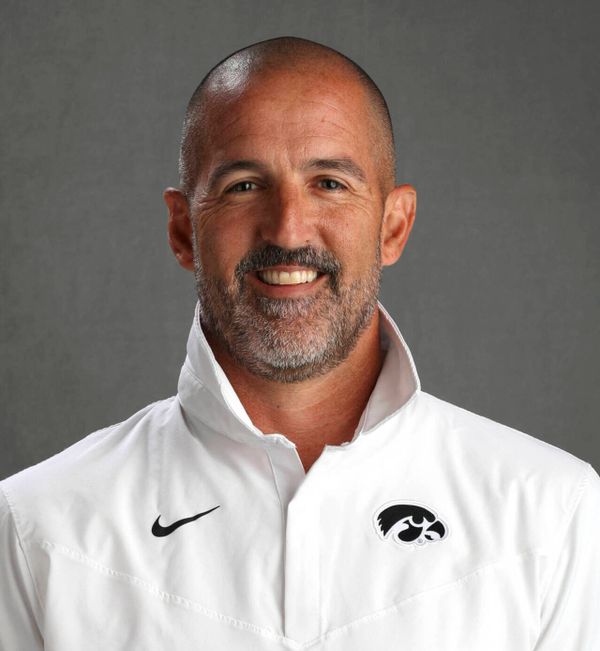 Blair Quinn is in his fourth season as associate head coach of the University of Iowa women’s soccer program.  Quinn coaches Iowa’s goalkeepers.

In three seasons in Iowa City, Quinn has helped the program to 34 victories, two NCAA Tournament appearances and the first Big Ten title in school history.

In 2021, Quinn helped lead Iowa to a 12-6-2 season and a winning 5-4-1 record in the Big Ten.  The Hawkeyes advanced to the Big Ten Tournament semifinal with a 1-0 first round victory at Michigan State before falling to Rutgers in Piscataway. Five Hawkeyes earned Big Ten Conference postseason honors. Sara Wheaton was named to the All-Big Ten second team, while Alyssa Walker and Hailey Rydberg picked up third-team honors. Addie Bundy was a unanimous selection on the All-Freshman team and Riley Whitaker was one of 14 players to earn the conference sportsmanship award. The 2021 postseason team marks the first time in 21 years Iowa had three players named to one of the top three All-Big Ten teams. In 2000, Sarah Lynch (first team), Julie Atkocaitis (second team) and Kate Walse each earned all-conference recognition.

Quinn helped the program to its second straight NCAA Tournament berth in 2020.  After starting the season slowly, Iowa was playing its best soccer when matter most — in the postseason.

Iowa finished the season with a 7-9-1 record, but all seven of the victories came in the team’s final 10 games.  Under Quinn’s guidance, Enneking was a unanimous Big Ten All-Freshman team selection after taking over in goal midway through the season. The freshman led the Big Ten with a 0.47 goals against average in 11 games, her .912 saves percentage was tops in the league and her six shutouts were tied for third.

During his first season as a Hawkeye, Quinn helped guide Iowa to one of the best seasons in program history.  The Hawkeyes opened the season with nine straight wins en route to a No. 17 national ranking, the highest in program history.  Iowa tied a school record, winning 15 games, including seven in Big Ten play, and advanced to the NCAA Tournament for the second time in program history.

Quinn came to Iowa City following a two-year stint at Houston, where he was an assistant coach for the Cougars, while also assisting with the NWSL’s Houston Dash.  Quinn joined the Cougars in 2017 as assistant coach and he was promoted to associate head coach for the 2018 season. Houston won 14 games in two seasons after winning 12 total games in the four seasons prior to his arrival.

In 2014-15, Quinn spent two seasons at Arizona State as the goalkeepers coach. He helped lead the Sun Devils to the 2014 NCAA Tournament and Arizona State made three NCAA appearances during his five-years in Tempe.

The Aggies broke a number of school records in 2011, including shutouts (11) and goals against average (1.14).  Elise Nordin became the first player in program history to earn second-team CoSIDA/Capital One Academic All-District 7 honors.

Quinn served in his first stint at Arizona State from 2007-10, helping lead the Sun Devils to their first NCAA Tournament appearance since 2003. Under his direction, Brianna Silvestri posted a school record for goals against average (0.85) in her first season as a full-time starter. The following season, Silvestri broke her own record with a 0.77 goals against average during a season where she posted six shutouts and was a NSCAA National Player of the Week honoree.

Before moving to the Pac-12, Quinn served in coaching positions at Loyola Marymount in Los Angeles and as a volunteer assistant at Kansas in 2006, where he helped the Jayhawks to an 11-win season.  Quinn spent the 2015-06 season as an assistant coach at Johnson County Community College and he was a graduate assistant at Rockhurst University in Kansas City, Missouri, during the 2004-05 season.

Quinn began his coaching career as an assistant coach at the University of Saint Mary in Leavenworth, Kansas, working with both the men’s and women’s programs for two seasons from 2000-02.

As a three-year starter at goalkeeper at Rockhurst University (NAIA), Quinn garnered first-team NAIA All-America and second-team National Soccer Coaches Association of America (NSCAA) All-America honors. As a senior he led the Hawks to the NAIA Final Four and still holds Rockhurst records for shutouts in a season (15) and career (37).

A native of Overland Park, Kansas, Quinn and his wife, Lacey, have two sons, Aidan and Riley.