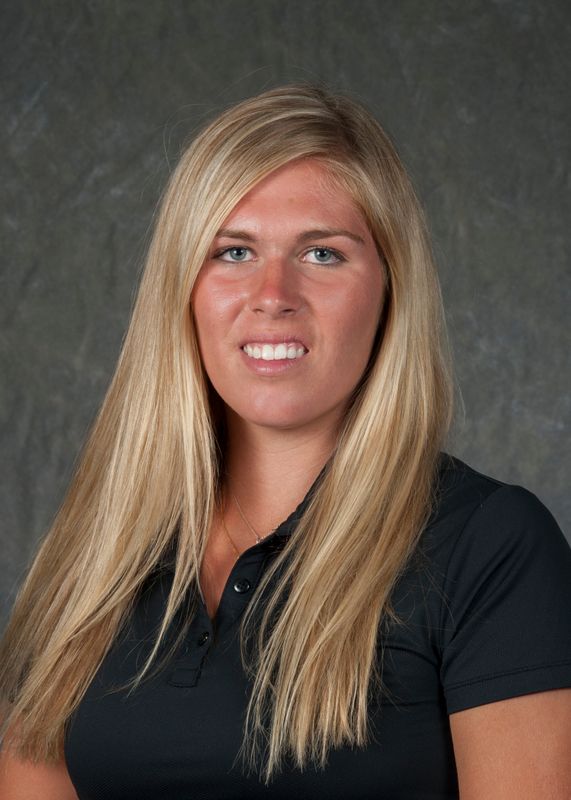 Spring 2015 — competed at the No. 4 and No. 5 singles positions, collecting an overall record of 8-11 during dual season… partnered with freshman Zoe Douglas to post an 8-5 record at the No. 3 doubles position… the duo went 10-5 in dual play and 11-7 overall as a team… awarded the Leadership and Citizenship award by her teammates and coaches… Academic All-Big Ten… letterwinner.

Fall 2014 — played in three tournaments, posting a 5-6 singles record and a 8-7 doubles record…teamed up with sophomore Aimee Tarun during the Drake Jamboree and collected a 3-1 record for the weekend.

Fall 2013 – competed in three tournaments… recorded a 7-4 singles record and 3-5 doubles record… went undefeated in singles at the Drake Jamboree to earn the flight 1 singles title.

Fall 2012 — competed in four tournaments… posted a 4-6 singles record and 2-6 doubles record… teamed with Ruth Seaborne to advance as far as the third round of the Main Draw Doubles at the ITA Regionals.

Spring 2012 — competed at the No. 3, 4, 5 and 6 spots… earned the team’s Grinder Award, given to the player who consistently contributes to the team through hard work and dedication… finished with a 9-14 dual mark… recorded a 3-8 record during Big Ten play… ended season with a 14-20 overall record… saw action at all three doubles positions while playing with four partners… posted a 9-13 record… opened dual play with a 3-0 record while paired with Ellen Silver at the No. 3 spot… letterwinnner.

Fall 2011 — competed in three tournaments… posted a 5-6 record… earned first career win in collegiate debut against Aleksandra Markovic of Wisconsin, 6-2, 6-1… took third in the McNabb Singles Flight at the Gopher Invitational, recording a 3-1 record… went 2-1 at Wildcat Invitational… finished 6-5 in doubles… went 3-2 when teamed with Christina Harazin, including a 3-1 record at the Gopher Invitational… also teamed with Morven McCulloch (2-1) and Ellen Silver (1-2).

High School — five-star recruit according to TennisRecruiting.net… tabbed as the No. 68 player in America… ranked No. 10 in the Great Lakes region and No.7 in the state of Illinois by TennisRecruiting.net… led her team to the 2010 State Championship, finishing second in doubles and third in singles… registered six wins over juniors ranked inside the top 50… high school coach was Denise Murphy.