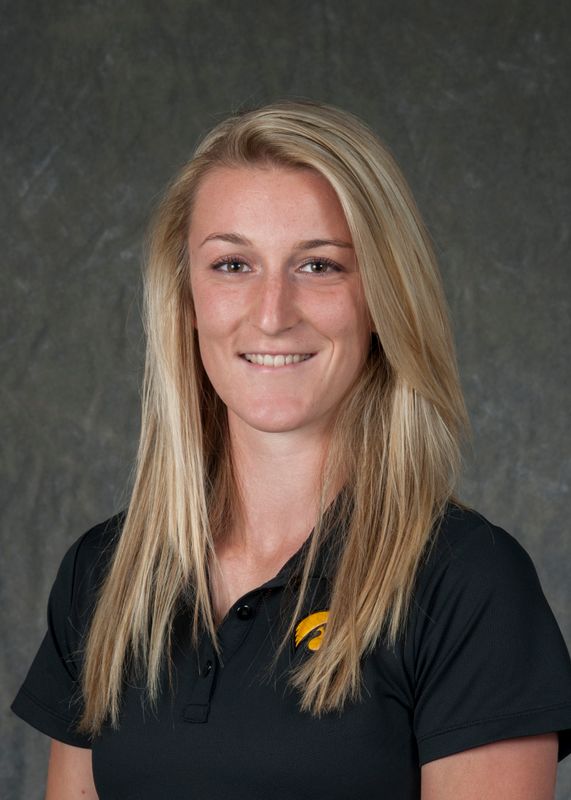 Spring 2014 — competed at the No. 1 singles position in all 23 matches competed… posted a team high 15-7 record in singles, including an 8-3 mark in conference play… went 9-3 in singles matches away from Iowa City… defeated Northwestern’s No. 34 Veronica Corning in straight-sets (April 13)… reached as high as No. 56 in the ITA singles rankings… recorded an overall doubles record of 17-5… paired with Morven McCulloch to go 15-5 and 7-2 in Big Ten play… named Big Ten Athlete of the Week on two different occasions (March 18 and April 15)… earned first-team All-Big Ten honors for the second consecutive season… named the teams Most Valuable Player… letterwinner.

Fall 2013 — competed in four tournaments… posted a 6-2 singles record and an 8-3 doubles record…appeared in the ITA preseason rankings as the No. 65 singles player in the country… ranked No. 28 with Morven McCulloch in the ITA Doubles Preseason Polls… defeated Kelsey Laurente of Miami, the No. 54-ranked singles player, at the ITA All-American Championships… teamed up with Morven McCulloch to defeat Texas’ Addison/Horn, the No. 41-ranked doubles team, at the ITA All-American Championships… took second with Morven McCulloch in the Gold Flight Doubles bracket at the Gopher Invitational… went unbeaten in both singles and doubles at the Drake Jamboree.

Fall 2012 — competed in four tournaments… posted a 7-4 singles record and 3-6 doubles record… rated No. 58 with Shelby Talcott in the ITA Doubles Preseason Poll… topped No. 49 Alexandra Cercone of Florida in her Hawkeye debut at the Wolverine Invitational… defeated No. 109 Jordaan Sanford of Baylor at the ITA All-Americans, advancing to the doorstep of the ITA qualifying tournament… advanced to the Purple Draw Consolation championship at the Wildcat Invitational… teamed up with Katie Zordani to advance as far as the third round of the Main Draw Doubles at the ITA Regionals.

Sophomore — Received a preseason ranking of No.99 in singles… teamed up with Carolina De Los Santos and posted a 5-2 record in doubles during the fall season… advanced to the semifinals in the main draw of the ITA Southeast Region Championships… competed in a stealthy amount of tournaments over the summer, including the Junior Championships at Wimbledon… defended her crown in doubles at the British Junior National Championships in addition to capturing the singles title.

Freshman — Finished her freshman season 17-8 in singles…ended the season with two wins at the NCAA Tournament against SMU[apos]s Heather Steinbauer 2-6, 6-4, 6-3 in the second round and Lisabeth Castaneda 6-0, 6-0 from Southern University en route to a eight match winning streak… defeated three ranked opponents in singles during her freshman campaign… played the majority of the doubles season with Francesca Segarelli and recorded an overall doubles record of 16-10 in the spring… over the course of the spring season, the duo defeated five ranked opponents… the pair reached their highest ranking of No.47 in the beginning of the season, fell to No.81, then finished strong climbing back up to No.51.

High School — Seaborne finshed at Cheam High School a year early, arriving on FSU’s campus when she was 17… made the finals of singles in Nottingham ITF in 2010 and was crowned the champion in doubles play in week two…won the Edinburgh ITF Double championship… captured the doubles title at the 2010 British Junior National Championships in doubles… competed at the Junior Wimbledon Championships in 2010…qualified for the R32 at Roehampton Grade 1 ITF… advanced to the semifinals of singles at the Edinburgh ITF and Newcastle ITF in 2010.

Personal — Born March 7, 1993…majoring in criminology… daughter of Jan Littlemore and Michael Seaborne… made the dean[apos]s list with a 3.75 GPA in the spring of 2011.